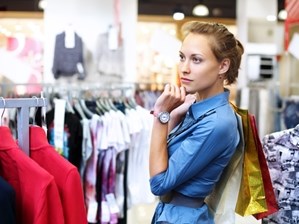 Nowadays, for companies to remain competitive, mobile payments need to factor into their overall business strategies. Of course, this means something quite different for every organization, as each one must address its unique client​ base's particular needs. However, one problem that is becoming increasingly common across all retailers is the issue of showrooming, meaning that customers go into a store to browse items, but later order online. Sometimes, because shoppers are looking for the best deal, this means they purchase a product from a different store or an ecommerce website such as Amazon or eBay.

As stores become more aware of showrooming, they are faced with the question of what they are going to do about it. The query isn't exactly a simple one, but some major retailers are tackling it head-on. And, surprisingly, they're doing so by encouraging patrons to use their smartphones and tablets even more often.

Mobile Commerce Daily recently reported that Target decided to improve its iPhone app in response to the discovery that many of its customers are accessing the store's website during their visits. In fact, Eddie Baeb, a spokesman for Target, noted that Target.com proved to be the most commonly accessed site since the launch of free Wi-Fi at the retail chain's locations.

The new app features an easier-to-use navigation system, which will allow consumers to have a more positive experience shopping at their store of choice. Baeb added that Target is also looking into offering more relevant offers and promotions to complement the on-site shopping experience.

Mobile Commerce Daily emphasized that while many merchants are concerned that the people shopping in their stores are using their smartphones to make purchases elsewhere, companies may be able to score potential sales by harnessing patrons' desire to shop online while in-store. The news provider explained that it is more effective to provide optimized store-specific apps than to attempt to prevent showrooming behavior altogether. If making a transaction is easy or comes with some value-adds, shoppers could be less likely to order online from another business.

Potential for profit
One important thing for vendors to keep in mind is that mobile devices aren't going away, so ignoring new trends in how people shop could be damaging. According to ZDNet, recent research from IDC projected that worldwide shipments of smart devices will reach 1.7 billion by 2014. Smartphones and tablets are forecast to account for most of these numbers, while PC sales are slowly beginning to decline.

There are surely many factors behind this growth, but price is likely among them. IDC found that the average selling price of smartphones and tablets decreased over the past year, with tablets down 19 percent and smartphones costing 8 percent less. The more people who can afford these technologies, the more they are likely to make devices a part of their daily lives. In turn, the market for mobile payments will be able to reach new demographics.

For retailers, it is critical to strategize for the coming years to ensure success. By indulging consumers' desire to connect their credit, debit and ACH cards to their handheld devices, stores can encourage more transactions both on their websites and in-store.