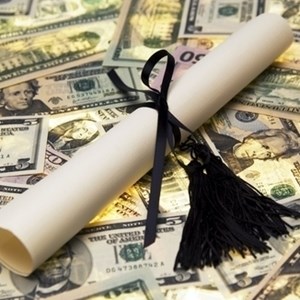 In the wake of the continuing recession, many Americans are still unable to find employment, but change may be on its way according to a new report from the Bureau of Labor Statistics (BLS). However, thanks to student loan debt, many recent graduates continue to struggle financially.

The BLS's February jobs report saw the national unemployment at its lowest level since 2009, at 7.7 percent. Included in the good news were 236,000 new jobs, the second-best figure in the past 12 months. Despite this growth, college graduates are having a difficult time finding placement, especially when it comes to making use of their pricey degrees. The BLS estimated that 48 percent of employed U.S. college graduates are working jobs that do not require a four-year course of study, and that 37 percent of them overall are have found themselves in positions that require a high school diploma at most.

According to the Federal Reserve Bank of New York, student loan debt is the only type of household debt that has grown during the current recession, representing the largest source of household debt overall. While many are working jobs that do not require their level of education, nearly 30 percent of recent graduates carry the burden of between $10,000 and $25,000 in outstanding loans.

The bank concluded that advanced education is still important in America, despite the growing financial burden it presents for many graduates. Individuals who hold a bachelor's degree still enjoy lower unemployment rates and greater earnings on average than those who have only a high school diploma. As long as college tuition and employment stakes remain high, student loan debt is likely to continue to be a pressing issue.

As more recent college​ graduates find themselves in debt and without a stable source of income, they are also likely to face other problems. Without the available funds to stay in good standing with lending companies, many will take heavy hits to their consumer credit reports. Without good credit, it can be difficult or impossible to participate in many aspects of adult life, such as moving away from home or owning a car. Sometimes, they may even need another loan to cover unexpected expenses.

These individuals are placed in a difficult position. Those who are in need of additional financial assistance may benefit from seeking out lenders who use alternative credit data to determine whether to issue loans. By allowing recent graduates to establish credit through a variety of indicators that most lenders shirk, such as bill payments, these lenders give underemployed but skilled individuals an opportunity to establish better credit independent of the hardship they may have when it comes to making student loan payments. The existence of these resources can have a strong, positive impact on the lives of needy young people, and it is important that these individuals are aware of the alternatives to mainstream lending.