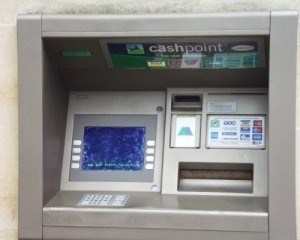 When it comes to obtaining financing, many consumers find it difficult based on a poor credit record or other limiting factors. While short term financing was easy to access just a few years ago, thanks to new economic realities, lenders have been less willing to take a chance on people with less than stellar histories. The issue has caused substantial problems for those in poorer demographics, with many looking toward nontraditional credit options such as short term loans. At a summit in Washington, D. C., a number of different institutions, including the Hispanic Leadership Fund and the Competitive Enterprise Institute, met to discuss issues people were having when it comes to getting funding for everything from homes to automobiles. Some of the speakers at the event said that short term lenders and similar financing outfits were very important for people from lower socioeconomic backgrounds. "This month's summit focused on how lower income individuals and families, or those with poor credit, can secure the credit or loans that they need," Auto Daily reports. "But for many, the take-away from this meeting shows a divide between those who champion the kinds of short-term loans that are offered to the public as a major alternative to traditional loans from established lenders. These alternative loans come in many forms. They are often called short term loans, auto title loans, or auto pawn loans." The increased difficulty in obtaining funding is largely due to ramifications from the 2008 financial collapse, when lenders made credit, especially for home loans, too easy to obtain. The speakers also stated that it is vital for people to read the fine print when signing financial agreements with short term or short term loan firms. If not, they could face the prospect of higher-than-expected rates. In one upcoming case, the Wisconsin Supreme Court will decide whether or not judges in the state can rule interest rates too high. The issue took center stage when a judge ruled that the interest rates charged to Jesica Mount violated the Wisconsin Consumer Act. The court documents reveal that annual interest rates charged to Mount ranged from 446 percent to 1,338 percent.
Short Term Financing