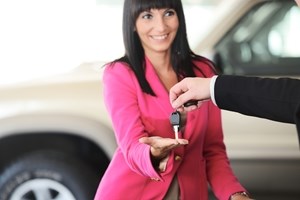 Short term lending outlets and other loan product providers have seen a surge in activity from auto financing in the last year. With the national economy rebounding, many consumers are entering the workforce once again and are purchasing new homes and vehicles. In fact, USA Today reported that June 2013 was the best month since 2007 regarding U.S. auto sales.

Driven by both new and used car transactions, the source indicated that subprime lending is making a return. Due to easy access to alternative financing, many buyers with less than stellar consumer credit reports are still able to borrow. USA Today noted that such loans represent 11 percent of all new auto lending, close to twice as much seen in 2009.

Although subprime lending became scarce during the Great Recession - as banks tightened their credit qualifications - an improving job market has resulted in many lenders willing to take more risks.

A solid auto market has resulted in automakers and lenders offering more competitive interest rates and credit conditions as they battle it out for buyers.

However, the source reported that major banks are not the institutions that are driving the subprime loan growth. Instead, independent lending enterprises are offering these financial services. Across the country, many dealers are striking partnerships with short term lenders and other alternative financial institutions.

A recent FICO report found that the auto industry is returning to a stable state. Although this could indicate a slow down in growth in the coming months, it's still a good sign for the sector, experts say. In particular, the robust loan environment should ensure a solid auto market for some time.

The source stated that the majority of business leaders surveyed believe that auto loan delinquency rates will either decrease or hold steady in the coming quarter. More impressive for the industry is that respondents see credit cards, mortgage lending and small business financing as greater financial risks for lenders.

"These results say quite a bit about the psychology of borrowers and lenders," said Dr. Andrew Jennings, chief analytics officer with FICO. "After years of caution, lenders are now in growth mode and feeling good about extending credit."

With such a solid lending market, auto financiers will want to take advantage of the positive environment. In the coming months, it's likely that there will be increased competition among lenders, as borrowers look to purchase more vehicles.