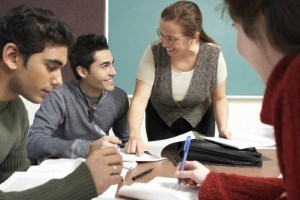 The United States Federal Reserve released its G.19 report at the end of November 2012, revealing that revolving student loan debt has hit $956 billion. Debt collectors are overwhelmed by delinquent accounts and the federal government is preparing legislature to attempt to solve this crisis as part of the overall strategy for avoiding the fiscal cliff.

Negative effects of the student loan crisis may go further than damaging consumer credit reports, these loans might end up creating a black hole where asset recovery is impossible. New legislation may take collections for debts accrued for university attendance away from private agencies and offer new repayment options. It is likely that changes are on the horizon that will affect debt collection practices in 2013 and beyond.

For many youths growing up in the U.S.. today, going to college is almost an unquestioned imperative. There are an abundance of lenders willing to offer students money to attend university, and institutes of higher education invest massive amounts of money on facilities and labs causing a nearly limitless rise in tuition. Many students receive degrees with limited marketability, and with a difficult job market facing new graduates who have little real world job experience, insurmountable debt may be waiting for them after the graduation party is over. Student loan debt can't be canceled by bankruptcy, and debt collection agencies are often responsible for recovering outstanding balances and lines of credit sold off as bad debt.

Governmental response
With debate around the presidential budget rising and some economists and politicians worrying that the American economy is being pushed over the fiscal cliff, legislators are considering strategies to make student loan debt less damaging. One strategy is adopted from European models, in which a relative percentage of income is automatically deducted to cover student loans. This would eliminate the shuffling of bills for graduates and might reduce the number of cases that end in default. It could also eliminate the involvement of third-party collectors altogether.

It is possible that new bills might also revise current policies on debt forgiveness or create new regulations for lenders. The rising student loan debt is a challenge for the American economic sector, but collectors work every day to return outstanding balances, increasing the financial stability of the original lenders. New legislation could curb or slow that practice, so it's important for recovery firms to pay attention to debates regarding student loans, the fiscal cliff and new legislation on collection methods.