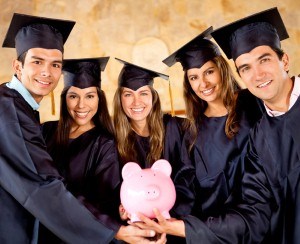 There are about $67 billion worth of student loans currently in default, and debt collectors hired by the government are doing a poor job at explaining available options to debtors. This according to a recent report from nonprofit advocacy group the National Consumer Law Center, which criticized the U.S. Department of Education for its lack of oversight of private student loan debt collectors. The 23 contracted debt collectors compiled more than 1,400 complaints from debtors in the fiscal year that ended in September - a 41 percent increase from the year prior. It seems the primary gripe is that collecting debts - and thus receiving commissions - is of higher priority to collectors than assisting those in need. "There is a balance between the need to collect student loans and the need to assist borrowers," according to the report's authors, staff attorney Deanne Loonin and research assistant Jillian McLaughlin. "At this point, the balance is tilted overwhelmingly in favor of high collections and collection agency profits." Case-in-point - contracted collectors received about $1 billion in commissions in the past year. This incentive has led some collectors to withhold information from debtors, such as modified loan repayment programs that could lower their monthly payments. For example, the Income-Contingent Repayment plan and Income-Based Repayment option have both been backed by President Obama. However, it's common for collectors to insist on payment without mentioning these programs, explains the Student Loan Blog. This can endanger not only post-graduate students looking to start their lives, but also mid-career reeducation professionals hoping to begin new careers in different industries, explains Barron's. Many young people have had to delay buying homes and starting families and are being forced to move back with parents or live modestly while they work to pay off the debt they've accrued. According to Federal Reserve reports, consumer credit rose to a 10.2 percent seasonally adjusted annual rate in March due primarily to a rise in student loan payments rather than increased consumer spending. Specifically, loans have increased by $100 billion in the past year alone, pushing the total amount past the $1 trillion threshold. And while this deficit may seem burdensome to post-graduates, the amount is only one-tenth the size of America's mortgage market, which is why student debt hasn't hurt the economy in the same way the housing bust did.