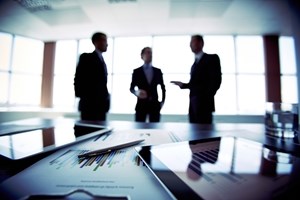 There are various industries in which major players have to hold a license in order to keep their jobs. Everyone from doctors to real estate agents have to be licensed, because it proves that these individuals are well-versed in the laws and techniques of their respective fields.

In many other sectors, there are definite rules and regulations that workers have to meet. Businesses in the remaining fields are unencumbered when it comes to hiring.

Interestingly, the debt collection sector across the nation seems to encompass these various categories. In some states, recovery agents have to meet strict qualifications before they start garnering assets, while others rely solely on their company's training.

Of course, internal training is exceedingly crucial in any region, but workers in the industry must look into what is required of them before they begin investigating overdue accounts. There have been a number of recent developments in the sector in numerous states, highlighting the importance of keeping up with the news in the industry.

ACA International reported that, though New Jersey doesn't currently have a licensing law that applies to debt collectors, that might all be changing soon. As of now, workers in the sector just have to go through bonding and registration processes.

That being said, in a recent court case - Veras v. LVNV Funding, LLC and MRS BPO, LLC - a U.S. District Court denied a movement to dismiss a Fair Debt Collection Practices Act claim because a debt buyer didn't have the correct "consumer lender" license. As such, the news source noted that the case law from this instance means that future buyers have to abide by the New Jersey Consumer Finance Licensing Act, and they'll be considered consumer lenders - thus requiring them to carry licenses.

Moreover, the news outlet reported that the NJCFLA prohibits consumer lenders from operating if they don't have the right documentation, which could potentially put currently operating collection agencies in flux. At the very least, the news source suggested, claims invoking the FDCPA in court could become more common in the meantime.

Indiana remains unlicensed for outsiders
On the other hand, a recent case that came in front of the Indiana Court of Appeals upheld the status quo. According to insideARM, the outcome of Wertz v. Asset Acceptance, LLC, was that out-of-state debt collectors do not need to obtain a license even if they don't have any storefronts or offices in the state.

That being said, the source did note that if a collection agency has a physical presence in Indiana, it must obtain the correct licenses required.

As laws continue to change across the country, administrators need to provide employees with texts outlining any applicable regulations. Moreover, they should pay special attention to working the updated rules into training, which should be ongoing for all employees, not just new hires.