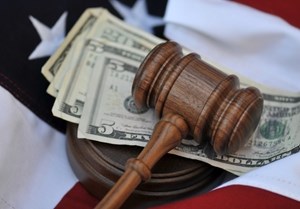 Short term lending has been banned in 15 states, but the online market, which is supported by major national banks, is allowing borrowers to get quick funds over the internet.

Online lending may be a loophole

New York is one state in particular that has worked diligently to prevent the operation of short term lending businesses within its borders. The Associated Press reports officials have set the maximum interest rate that consumer credit organizations can offer at 25 percent, although consumers are willing to agree to contracts as high as 400 percent in some areas. The legislation in New York has been instated to protect potential borrowers from potential financial problems, the AP reports, as government workers believe consumers are unfit to choose payment plans based on reported loan defaults and hardships related to unpaid or dragged-out credit reimbursement.

In contrast, big banks are approving short term lending operations by allowing online vendors to withdraw funds directly from the accounts of consumers entering a short term loan contract, according to The New York Times. For now, based on the sources, short term lending is illegal in all forms in New York, but businesses based in other states or even outside of U.S. borders are allowed to work with consumers living in states where such business is banned.

Virginia O'Neill, American Bankers Association senior council, told the Times the participation of big banks is limited to allowing access that the consumer contractually agrees to with short term lenders.

"The industry is not in a position to monitor customer accounts to see where their payments are going," she said.

These internet-based alternative credit operations allow consumers outlets they no longer have in states like New York, but, although businesses like major banks are open to the concept, it is being shot down heavily by lawmakers.

State believes ban protects the poor
New York Governor Andrew Cuomo said in a statement that the banning of short term lending businesses in the state was a move to protect individuals who would not qualify for traditional lines of credit.

"Studies clearly show that short term loans are not a solution for people with low incomes, but rather a high cost debt trap," he claimed. "That's why they are illegal in New York, and the state will continue to protect consumers from these misleading loans."

Although the presence of commercial bank accounts supports the idea that irresponsible borrowers are not necessarily as low-income as Cuomo seems to believe, New York officials agree across the board that such practices are unfair to the consumers they serve, according to Tonawanda News. The Times points to the profit big banks can make when customers overdraft funds as one reason for this thinking, which is often met with fees consumers are well aware of when opening an account.

Tonawanda News illustrates that Cuomo has made it clear that any business attempting to offer short term loans will be prosecuted by the state, and he is determined to crack down on companies working over the internet as well as those out of physical locations. Short term lenders should take caution in working with New York residents to any extent over the coming months.