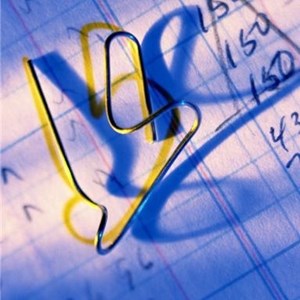 The small business sector is responsible for the majority of gross domestic product and new job creation in the United States, and has been for decades. As entrepreneurs often cite the accessibility of credit as the single most crucial aspect of continued operations, regulators and advocacy groups have stressed the importance of small business lending in the overall economic landscape.

Since the credit crunch that occurred during the financial crisis, alternative lenders have been especially active in the small business lending market. Entrepreneurs have sought out loans from providers of alternative financial services, and have largely stayed afloat because of the high approval rates and increased availability of working capital credit.

Rohit Arora, CEO of Biz2Credit, writing for Fox Business, recently explained that the small business lending market has healed substantially in the first six months of 2013, hitting figures that are higher than any other period since the recession. Lending totals, as well as standards, rates, terms and approvals, have all improved incrementally throughout the past 18 months.

Arora cited his firm's latest Small Business Lending Index, which revealed that alternative lending institutions approved 63.3 percent of all loan applications in May. This marked more than 12 straight months of superiority when it comes to approval ratings among alternative lenders compared with big and small banks, as well as credit unions.

The expert explained that alternative lenders remain as one of the most beneficial sources of working capital for entrepreneurs who need money fast. While interest rates are often higher than traditional bank loans, the more common approvals approvals and more rapid disbursements following applications have been essential for small business owners in a variety of industries.

According to Arora, data has indicated that the small business lending outlook for the latter six months of 2013 is sunny, and that financial institutions will begin offering more digitally based services in the coming years.

Use of technology
Experts have cited the alternative lending sector's use of advanced technology, including analytics tools, as the biggest reason for the higher approval ratings. Now, bigger banks and smaller lenders are starting to use the technology as well, and have already experienced increases in approvals.

Alternative lenders will need to continue to innovate to stay ahead of the pack in the small business loan market. Though the economy is healing, these entities will remain an important element in the fight to give entrepreneurs the credit they need to survive and expand.