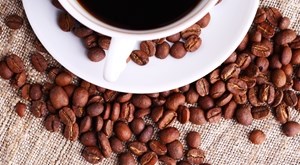 While many companies have been slowly introducing mobile payments options to their clientele, few businesses have been as enthusiastic and public about these initiatives as popular cafe chain Starbucks. As one of the earliest big-name adopters of this emerging electronic payments trend, many merchants have kept their eyes open to the successes and challenges Starbucks has faced. According to a recent announcement, mobile payments seem to have been a wise move for the brand.

Mobile Commerce Daily reported that, in a recent meeting with shareholders, Starbucks CEO Howard Schultz revealed that the company now processes more than 3 million mobile transactions each week in the United States alone. Purchases made through this channel account for approximately 10 percent of the coffeehouse's total U.S. revenue.

"Mobile payments plays a huge role for us," Linda Mills, spokeswoman for Starbucks, Seattle, told the news source. "Mobile makes it easier for consumers - they can leave their wallets behind. The Starbucks mobile app is a clean and elegant way for consumers to pay, and it's something that's working for us. Mobile payments are great and customers are adopting it in droves."

Mobile Payments Today added that in response to the popularity of mobile payments, Starbucks plans to expand its loyalty network to include partner companies, such as Teavana. By doing this, membership is expected to expand from its current 4.5 million active users to 9 million by the close of the 2013 fiscal year.

Certainly for Starbucks, these numbers are encouraging and indicate that they should continue to roll out new programs and tools that bring mobile payments to patrons. Beyond the ramifications for the coffee franchise itself, the figures show that other vendors may have something to gain by integrating advanced transactional technology into their operations. Companies that power purchase solutions, such as ACH cards, should take note that there is a strong market for mobile payments integration, and developing programs to suit consumers' needs in this realm could generate significant profits.