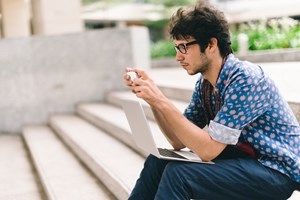 Many companies across the U.S. may use people's credit histories when it comes to determining all sorts of things, including eligibility and cost of borrowing. But sometimes, it is found that these policies of dealing with financially troubled consumers are unfair, and that was a ruling made by the Federal Trade Commission as it relates to the cellphone service provider Sprint.

Sprint recently attempted to start charging people with troubled credit histories into a program that charged them an extra $7.99 per month for what it saw as the additional risk they may have posed when it comes to falling behind on their monthly bill payments, according to a report from Consumer Affairs. However, the FTC found that it did not give the customers affected by the alteration the proper amount of notice for the impending change to their costs, and explain to them why they were being charged that much more for the same service, and as such was fined $2.95 million.

"Sprint failed to give many consumers required information about why they were placed in a more costly program, and when they did, the notice often came too late for consumers to choose another mobile carrier," Jessica Rich, director of the FTC's Bureau of Consumer Protection, told the site. "Companies must follow the law when it comes to the way they use consumer credit reports and scores."

Specifically, in this case it seems that companies are required by the Risk-Based Pricing Rule of the Fair Credit Reporting Act to alert consumers well in advance of any adverse impact their credit scores are going to have on their ability to get the best possible deals, the report said. That includes things like loans and other types of credit, as well as services or products such as cellphone coverage.

Jeffrey Silva, corporate communications manager for Sprint, noted that while the FTC said Sprint did most of the right things when it came to complying with the Risk-Based Pricing Rule, the format of the notification letters themselves, and the time at which they were sent, did not satisfy the various requirements, resulting in the penalties, the report said. In the future, Sprint will be required to let potential customers know about these extra costs within five days after they sign up for coverage, and the company will also have to send along new notices to those already adversely affected by the issue.

What can consumers do?
This highlights a potential area of concern for consumers whose credit histories have been hit with difficulties that might have come through no fault of their own. However, it also shows why being vigilant about finding the best possible deals based on their credit standings is so important on an ongoing basis.

In the meantime, though, they might be able to benefit from tapping alternative credit scores, such as those from PRBC, to improve their standing. These measures take into account not only how people have handled credit, but also their other monthly payment obligations such as their rent or utilities bills, to get a more complete picture of their finances.