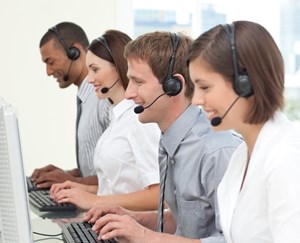 Debt collection practices across the country may change as the long awaited inclusion of debt complaint files to the Consumer Financial Protection Bureau (CFPB) database may be announced in the coming weeks.

InsideARM reported that the CFPB plans to hold a field hearing on debt collection in Portland, Maine, on July 10. At the event, CFPB director Richard Cordray will speak and there will be presentations from industry and consumer groups. Open to the public, attendees must RSVP prior to the event.

The timing of the event has led to speculation over the pending addition of debt collection compliant entries into the CFPB complaint database, as the organization previously announced that it would start collecting such information in July. The source stated that it could not be confirmed if the agency would make any such announcement.

However, insideARM indicated that the change is imminent and once announced, debt agencies will be forced to respond to any complaint filed against them. Also, the complaints will be available to the public, which will highlight the industry's customer service record.

Complaints can arise for a number of reasons, according to John Monderince, CEO of Rapid Recovery Solutions. He noted that collection professionals are prohibited from making abusive or threatening statements. Additionally, agents are barred from making claims that they can pursue legal action against debtors under the Fair Debt Collection Practices Act (FDCPA) if they have no legal grounds to do so or they have no real intent on following through with these options.

Complying with FDCPA regulations is pivotal for any collection firm. Failure to follow the law can result in legal penalties. To avoid unlawful practices, collection firm owners should make sure that all employees are properly trained to adhere to FDCPA and other policies. Regular testing and review sessions can help collectors establish a culture of compliance at any collection organization.