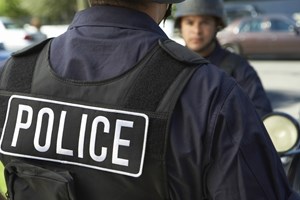 Some communities are taking action to fight back against rising rates of identity theft. While law enforcement officers are often responsible for dealing with the resulting effects of someone having his or her personal information, such as bank account numbers and other identifying facts, stolen, they don't always know what's necessary to be of the utmost service to victims.

However, some localities are taking pains to change this. Law enforcement officers in South Dakota are now being required to attend sessions on identity theft that seek to teach them the complexities of the crimes, including the unfortunate truth that family and friends are the most likely to be the perpetrators, South Dakota Public Broadcasting explained.

"A family member will steal a box of checks and go out and write them all over town. Or they'll make checks using that person's name," Sioux Falls Police Sergeant Bob Harrison told the news source. "You steal someone's credit cards and then you call the credit card company and change the mailing address, so they don't get the bill anymore so they don't know what's going on."

One of the main points the training sessions focus on is what's known as a "steal-to-sell" strategy in which individuals take credit cards and wallets in order to buy items to re-sell to other people and thus turn a pretty penny.

Such training could become more widespread as more people grow worried about the increasing incidence of identity theft. In fact, criminals are now employing new methods to gain access to accounts. Recently, in New York, the state's Division of Consumer Protection warned citizens about messages pretending to be from cellphone providers, financial institutions and utility companies that would prompt them to give out personal information