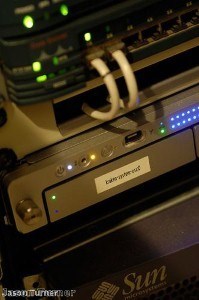 While many consumers have found it difficult to maintain a high credit score, some financial experts claim individuals can take advantage of another measure to improve their score - alternative consumer credit data. In a recent column for the Washington Post, Kenneth Harney writes that people applying for loans are allowed to use "unreported accounts" to prove they have made payments on time and that lenders are required to take these documents into account when making a decision. In addition, if the loan officer flat out refuses to accept the alternative credit measure as proof, they could face stiff penalties for violating the law. According to Harney, very few financial institutions make it a priority to follow these laws or remind employees that they even exist. He also said the majority of loan officers only look at credit files and may be unaware that the other data exists. "Though federal financial regulators generally acknowledge the right to present supplementary data that consumers enjoy under the Equal Credit Opportunity Act, only one, the National Credit Union Administration, has published guidance informing lenders they are required to comply," Harney wrote. According to Barrett Burns, CEO of VantageScore, a joint effort of Equifax, TransUnion and Experian, millions of people would benefit from the alternative documents, as it is a good indicator as to whether a person is worthy of gaining credit. The credit could also help the financial services industry by giving them new tools to use. "The [national] bureaus know that alternative data is highly predictive," said Burns in an interview with the news provider. “We think millions of people could benefit, [if it were collected and loaded into scoreable files]." It's not only consumers who have been struggling with credit in recent years. Many businesses owners, who previously had no trouble obtaining short-term financing, are finding themselves barely able to get a loan when they need it. The San Antonio Express-News reports that Ruben Lopez, who has owned a Texas toy store for more than two decades, had trouble getting a short-term loan ahead of Christmas. Lopez was forced to put up some of his assets as collateral to get the credit for which he was looking.
Alternative Consumer Credit Data