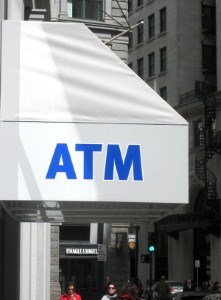 The government's message about using its required all-electronic payment system for federal benefits by early spring is that it's safer, faster and more reliable than paper checks. With paper, the chance of funds getting lost, stolen or delayed is greater. Not everyone is buying it. Some seniors, like Florida resident Glenn Smallwood, told ABC News that he wants to continue cashing his paper check at WalMart and paying his rent with a money order. The government is requiring everyone who receives a federal benefit to sign up for direct deposit by March 1, 2013. "I don't think the federal government has the right to tell me that I have to have a checking account or a debit card," Smallwood said. Consumers for Paper Options, an organization funded by paper industry groups such as the American Forest & Paper Association, agrees that Smallwood should have a choice. Executive director John Runyan told ABC the government should recognize that "there is a certain type of information that should continue to be provided on paper if the consumer wants them." AARP, which represents the interests of senior citizens, hasn't offered an official endorsement of the government's plan, but is supportive nonetheless. "Retirees and other Social Security beneficiaries need to know that they can trust their earned benefit will be safely delivered without risking loss of benefits or high fees," said Cristina Martin-Firvida, AARP’s director of financial security. Waivers are rare
By changing to an electronic payment system, the Department of the Treasury estimates the government will save about $1 billion over the coming decade by requiring direct deposits into an account or ACH card of the recipient's choice. The all-electronic system will allow some waivers, but only in rare cases. They are automatically granted for anyone who was age 90 or older on May 1, 2011, those who live in remote locations or people who are mentally incapable of handling their own affairs. The Treasury's fiscal assistant secretary Dick Gregg said people with mental impairments will have a designated representative payee who will sign up for electronic payments on their behalf. Treasury officials contend that the incidence of fraud is much lower with electronic payments than those associated with paper checks. However, Congressional testimony by the Social Security Administration in September acknowledged more than 19,000 reports have been made of suspicious or unauthorized changes in recipients' direct deposit information.