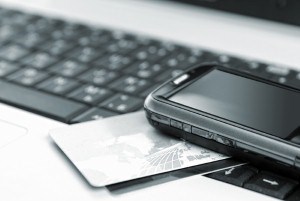 The mobile payments industry has experienced significant growth over the past five years, especially following the advent and subsequent popularity of smartphones, tablets and other devices. This has yielded opportunities for merchants, payment processors and banks, such as the ability to reach new demographics. However, while PCI compliance and other statutes focused on the protection of consumer data are in place, security remains a big question for mobile payments and banking. Merchants need to consider adopting mobile payment technology to stay competitive in today's marketplace, and security has to be a focal point. Small merchant adoption
ControlScan, a merchant security services provider, recently released a study on the sentiments of Level 4 Payment Card Industry Data Security Standards (PCI) compliance businesses regarding mobile payments. Level 4 firms are generally smaller, as they process less than 20,000 e-commerce payments and fewer than 1 million total transactions each year. According to the company, the study of 730 merchants, titled the Mobile Payment Acceptance Survey, found that most respondents are not making a concerted effort to adopt the technology. The survey worked to shed light on several types of mobile payments, including mobile wallets at point of service (POS) stations in the store and using smartphones or tablets to shop online. ControlScan noted that merchants widely believed there was not enough demand to warrant e-commerce website optimization, though the firm purports this is because of inaccurate measuring practices that do not include several crucial factors. Mobile payments continue to expand
The size and scope of this trend are among the largest in the marketplace today, as several drivers of the industry's growth - such as smartphones and tablets - are all experiencing similar success. Research firm Gartner released a study this spring that focused on where the mobile payment industry is now, as well as how it will evolve over the next four years. "We expect global mobile transaction volume and value to average 42 percent annual growth between 2011 and 2016, and we are forecasting a market worth $617 billion with 448 million users by 2016," Sandy Shen, research director at Gartner, explained in the firm's statement. "This will bring opportunities for service and solution providers who will need to cater to the local demand patterns to customize their offerings." Merchants can expand their visibility and capitalize on consumer preference by adopting mobile payments technology.
Electronic Payment Risk