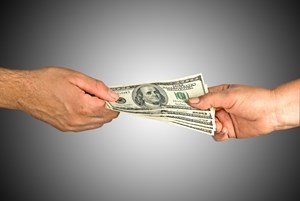 Small businesses are bouncing back in the United States, albeit at slower rates than in the past. Even so, the growth of these companies is a positive sign all around.

"It is true that small business drives our economy and most of the companies we work with are financially healthy and well established," Robert Gloer, president and COO at IOU Central said in a statement. "When we look back at last year and the reasons small businesses needed capital, it was primarily to take advantage of a growth opportunity. Small business owners need loan alternatives to continue growing, not because they're in trouble."

As the small business sector continues to rebound from its post-recession struggles, banks and credit unions have eased their lending restrictions. According to a recent Biz2Credit report, big bank approval rates hit 15.3 percent in January 2013, a 31 percent year-over-year increase. Small banks, meanwhile, pushed through nearly half of loan requests last month, compared to 47.5 percent in January 2012.

But alternative short term lending remained the most feasible way for small businesses to obtain funds, according to the study, with alternative lenders accepting nearly 64 percent of requests.

"Still alternative lenders are viable sources of capital for women-owned and minority-owned startups, as well as established businesses with cash flow issues," said Rohit Arora, co-founder and CEO of Biz2Credit. "They were early adopters of technology and had the advantage of quick response in granting loan requests."

An earlier Biz2Credit report found that alternative lenders approved at least 62 percent of small business loans in 2012, hitting a high mark of 64.7 percent in October.

Although small businesses have gravitated toward alternative methods over the past few years, a recent Lloyds TSB Commercial Finance survey revealed that many owners still don't understand these strategies completely, according to a Real Business article. For example, only 43 percent of respondents are aware of what asset-based lending entails, while just 15 percent of smaller firms have leveraged invoice financing.

In a recent piece for Forbes, Brock Blake, CEO of Lendio.com, discussed why business owners and executives should be excited about alternative short term lending. In addition to providing small businesses with a viable solution as banks and credit unions tightened their loan restrictions, these lenders have made it easier for companies to secure loans now that banks and credit unions have gotten back into the game.