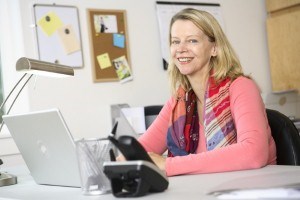 Small business owners typically need to take out a loan to fund the amenities, inventory and other services needed to start a company. While there are many different types of federal and state loans available to administrators, it is becoming increasingly more popular for owners to investigate alternative finance solutions. Short term loans The recently published MCC Small Business Finance Survey found many owners are taking out short term loans to front the cash for purchases when a company is getting on its feet. For individuals, the reasoning behind using this type of loan is usually because of emergencies. Firm owners believe that this type of borrowing technique may be all they qualify for. Forty-two percent of respondents to the survey, conducted by Merchant Cash and Capital, said that they made deals with cash advance companies because they did not believe their finances would allow them to qualify for a traditional bank loan. Nearly 80 percent of small company leaders said that the process of obtaining a loan from a traditional lender was tough. Small businesses looking for more money The Chicago Tribune, citing Bank of America figures, found loans to smaller companies that garner less than $20 million in revenue annually increased by 20 percent in 2011, totaling $6.4 billion. For businesses with less than $5 million in net sales, successful loan applications increased by 63 percent in comparison to 2010 numbers. The Tribune attributed the increases of loans to a more stable, economically-sound American financial climate. Florida companies loans drop The lending trend, however, is not increasing in Florida, reported The News-Press. According to the source, the southwestern region of the state saw only 41 US Small Business Administration funded loans since October, while that figure was at 61 loans at this time in 2011. This may be due to loan fee waivers and higher guarantees being offered in late 2010 and early 2011 that are not present this year. Floridian companies, then , may want to consider following the trend and seeking out alternate sources of finance to fund their operations. "It's no surprise that small businesses are suffering from an extreme lack of available financing from traditional lenders and their tight qualifications but the depth to which the problem has gone should be of great concern," MCC's president and CEO Stephen Sheinbaum stressed.
Short Term Financing