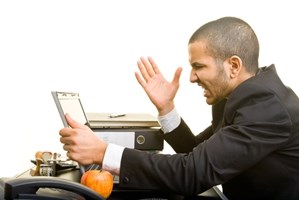 These days, it's not uncommon to see British families struggling to make ends meet from month to month, thanks to the aftereffects of the global recession. These financial troubles made many services and other charges skyrocket, while causing a number of companies to lay off employees or otherwise restrict their pay, leaving numerous individuals in a very sticky situation.

Luckily, the economy is slowly picking up now that the recession is over, but it's not happening fast enough for some people. There are families across the United Kingdom who struggle every month and would likely be left virtually destitute if an unexpected expense, like a car breakdown, were to crop up. But what did these people do when things like this happened during the height of the recession?

Many individuals turned to short term lenders for help, because they'd open up funds to those who needed them most, even when high street banks said no. These companies continue to offer such services, which might be attractive to individuals who still need that extra boost of alternative credit to stay afloat.

However, there are a number of factions across the U.K. that want to limit consumers' access to such companies. They argue that such businesses can cause financial ruin, despite mountains of evidence to the contrary. Perhaps the breaking point is the fact that one county council recently blocked access to websites of short term lenders for individuals in the area, an intolerable move.

According to The Hucknall Dispatch, the Nottinghamshire County Council recently blocked access to such companies' websites on all 10,000 government Internet-accessible devices in the county, as well as the public machines available in the 60 libraries located in the area. The news source explained that the leaders want to make sure individuals can't access the pages during the financially difficult weeks leading up to the winter holidays.

This development is very significant, as the newspaper reported 8,000 county employees use the computers every day, and people who frequent libraries in the region spend a total of approximately 290,000 hours online per year.

Are there other options available?
"By blocking access to these sites, we hope we can limit the number of people tempted to turn to these lenders to pay for Christmas, only to be left with debt they are trapped in for the whole of the new year and beyond," Nottinghamshire County Council Leader Alan Rhodes told The Dispatch.

However, he seems to be making the argument that banning the short term lending websites was the only option the council had at its disposal, which is in fact false. It's in the best interest of short term lenders to make sure they're paid back, which might not happen if consumers take out massive loans to fund an extravagant holiday. Plus, these types of loans don't do much to help individuals' financial situations improve. As such, it's customary for lenders to advise clients only to take out funds for unexpected expenses, something the county council seems to be unaware of.

This means that, in the future, for the most positive results possible, government leaders should consider working alongside lenders to make sure consumers are aware of all of the terms of such agreements, as well as best practices. Rash decisions like blocking lending websites on public computers do more harm than good - what about people who truly need alternative credit for an important reason, but now have trouble accessing it because they can't go on the sites?