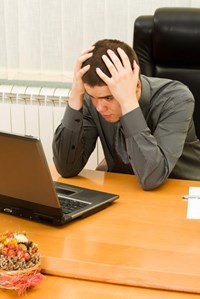 Short term lenders have been of great help to consumers across the United Kingdom since the onset of the global Great Recession. When banks in the country closed their doors to anyone without a near-perfect consumer credit score, administrators at these institutions were worried they wouldn't be paid back and people had to turn somewhere else.

Many people sought out the services of short term lenders. A number of these companies don't use traditional credit scores when reviewing loan applications, so they were invaluable after the financial troubles set in. For instance, some of the businesses take other pieces of data into account, like whether or not an individual has paid his or her utilities bills on time in the past, among other things.

With advances continuing to be made in Internet technology, many of these companies launched websites so that obtaining a loan would be more convenient for clients. This way, people could fill out applications online, send them in and see a deposit made quickly and easily.

However, some leaders in the U.K. disagreed with this move and decided to put a stop to online short term lending.

According to The Guardian, the Haringey council recently agreed with a request to shut down access to short term lending web pages on the London borough's IT network. This means that approximately 3,700 computers - those that are connected to public systems within libraries, council buildings and other public institutions - will no longer be able to surf on the sites of around 50 lenders.

Councillor Joe Goldberg told the newspaper that the group wanted to make it hard for the businesses themselves to succeed in the borough. Moreover, he said that this would likely go a long way to influence would-be borrowers to head to area-approved credit unions.

That being said, The Guardian did indicate that the council has no sway over lenders' physical storefronts, and there are many locations in the borough's center.

BBC reported that this move was also recently taken by Cheshire East Council. On June 24, lawmakers there decided to bar such access on public computers and "wherever practically possible," a council release stated, as quoted by the news source.

Future of short term lending
These efforts, again, don't stop people, especially those with poor credit scores who can't find financing elsewhere, from seeking out flexible loan options from alternative lenders. The physical storefronts will still exist in these areas. Moreover, borrowers can certainly access such websites on their personal computers.

Government leaders recently called for a meeting with the heads of the short term lending industry, according to a separate article by The Guardian. In the beginning of July, these professionals will meet with Consumer Minister Jo Swinson to talk about possible pieces of legislation and their potential impact.

One of the main reasons for the upcoming summit is because the Office of Fair Trading is considering transferring the regulation of the sector to the Competition Commission. The newspaper said that this move will likely occur because of the actions of the minority in the industry that have given legitimate companies a bad name by practicing illegal tactics. This comes before the April 2014 date when responsibility for alternative lenders will be shifted to the Financial Conduct Authority.

Other than proving that they're following the correct practices, lenders may have to contend with new regulation concerning interest rate caps, depending on the outcome of the upcoming discussion, The Guardian explained.

Administrators at these corporations may consider advocating for their continued role in the financial situations of U.K. consumers. They provided a lot of help when even high street banks were shutting their doors.