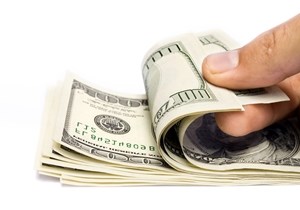 Under proposed legislation, the short term lending industry may soon be able to operate in New York. According to The New York Daily News, lawmakers are challenging state regulations that limit the amount of interest lenders can charge on loans. The current laws have prevented many New Yorkers from receiving funding from short term lenders. However, the recently drafted bill would allow for loans with a 200 percent APR to be given out, the source said.

Additionally, the Short-Term Financial Services Loan Act would allow lenders to provide loans for periods between 90 and 180 days for $300 to $2,000.

Opponents of the bill say that the terms outlined in the legislation would hurt consumer interests due to the high rates. However, the Community Financial Services Association of America indicates that many consumers already pay higher APR rates on other forms of credit. The source says that a $100 short term loan with a $15 fee, which it cites as an industry standard, is equivalent to a 391 percent APR. On the other hand, a $100 bounced check could have several fees totaling as much as $56 for a 1,449 percent APR.

According to the latest data from the National Conference of State Legislature (NCSL), 38 states have specified statutes that allow and regulate short term lending. New York is one of eight states that have banned short term lending while three other states have allowed pre-existing statues to run out or have repealed them.

In 2012, there were just 22 states that had short term loan regulations, the NCSL stated, which may indicate a growing acceptance of the industry across the country.