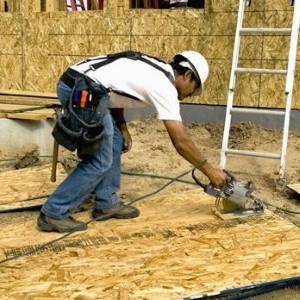 When it comes to getting a construction project off the ground, many developers find it necessary to get access to short term financing and other loans in order to fund the operations. As the economy struggles to get back on its feet, some have been apprehensive when it comes to taking on new building projects, with so many properties unfilled due to the crash of the market. In some parts of the country, investors are pouring new funds into a program that will retrofit old buildings to make them more energy efficient and better conserve resources. The Sacramento Press reports that one city that has seen an injection of short term and other types of financing is Sacramento, California At a recent announcement, the city's mayor, Kevin Johnson, said that it had gotten the funds from the legendary owner of Virgin, Sir Richard Branson and others to the tune of $100 million. The news source reports that the money will be handed out as part of the commercial Property Assessed Clean Energy (PACE) program that gives short-term loans to buildings that qualify. During the announcement, the mayor said that the city was pleased to be working with a number of different firms, one of which includes Ygrene Energy Fund. "This is a real game-changer for our city in terms of fulfilling our goal of reducing our environmental footprint," Johnson said according to the newspaper. "This is a five-year partnership with Ygrene, with $100 million in private investment and the opportunity to create 1,500 jobs over five years." The loans are set up so that if a new company purchases the retrofitted building they will be responsible to pay back the PACE loan. One of the program's biggest proponents is councilman Kevin McCarty, who tried to get a similar program started in 2009 but was unable to find necessary funding. He now says the program should be opened up to residents as well. "There are over 35,000 homes here that could sign on to this kind of opportunity," McCarty said, according to the newspaper. "I want us to make a way for that to happen." When businesses are able to get access to short term funding it can have major benefits for the local economy. With more projects being completed, more people will be able to find work and lessen their dependence on government handouts.
Short Term Financing