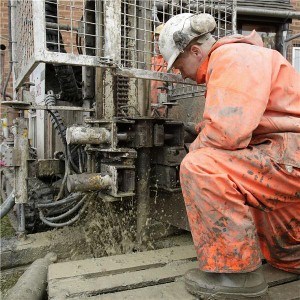 Public Service Electric and Gas Company (PSE&G), New Jersey's largest utility, recently agreed not to send consumers' payment history to consumer credit reporting agency Experian, The Record reports. The initiative to report consumer information began in September 2010, after the percentage of delinquent (more than 180 days unpaid) customer accounts reached 13 percent - about 5 percent higher than 2008's pre-recession figure. PSE&G felt by sending payment history to Experian, it would help on-time payers build their credit histories and provide incentive for the 13 percent of delinquents to pay up. However, ratepayer advocate The Division of Rate Counsel filed suit against PSE&G, stating that the plan to share data would violate state law, as well as lead to possible errors on customers' consumer credit reports. "The laws of this state are very clear," said Stefanie Brand, director of the Division of Rate Counsel, as quoted by the news source. "PSE&G has no right to disclose individual customer information to a third party without the customer's consent." What's more, PSE&G would also incur extra revenue in the process, because it wouldn't need to keep as much working capital on-hand to pay its own bills if more customers paid up. As a result of the suit, PSE&G decided to forgo its current reporting initiative, but did file a petition seeking the state Board of Public Utilities' approval prior to reporting current customer account information in the future. "The utility continues to focus on efforts to help customers remain current on their bills and to provide information to customers about financial assistance programs available to those who are low income or experiencing a temporary financial setback," said PSE&G in a statement quoted by the news source. The Star-Ledger adds that the settlement would only apply to current customers, and PSE&G would continue to report former customers whose service had been discontinued. According to Charlie Harak, manager of the energy unit at the National Consumer Law Center, debts related to gas and electric utilities aren't usually reported to major credit agencies. However, as alternative reporting agencies become more reputable, "The Big Three" - Experian, TransUnion and Equifax - are more apt to include such information in credit reports. PSE&G distributes electricity to about 2.2 million customers in New Jersey, the Record adds.
Alternative Consumer Credit Data