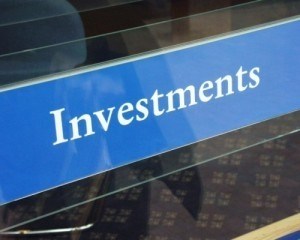 A Massachusetts auto lender, along with three of its top executives, was recently charged with defrauding its investors of $110 million. Inofin, a now-bankrupt subprime auto lender in Rockland, Massachusetts, allegedly misled investors located in 25 states and Washington, D.C. about its lending activities, and the three executives allegedly redirected millions of dollars in investor funds to benefit themselves, the Securities and Exchange Commission said. Two sales agents were also charged. The SEC said they illegally offered to sell company securities even though they were not registered with the commission as broker-dealers. Michael Cuomo, Kevin Mann and Melissa George allegedly raised at least $110 million from hundreds of investors by selling unregistered notes. The lender told investors the money would be used solely for funding subprime auto loans and that they would receive returns of 9 to 15 percent. Instead, starting in 2004, Cuomo and Mann used approximately one-third of the money to fund the opening of four used-car dealerships and start multiple real estate developments to benefit themselves. "Whether selling stock or notes, public and private companies alike must play it straight with investors or be held accountable for their misconduct," said David Bergers, director of the SEC's Boston Regional Office. The lender and its executives violated investors' trust, he said. Beginning in 2006 and continuing through 2011, Inofin and the executives misrepresented the lender's financial performance, the SEC claims. In addition to the failure of its undisclosed business activities, poor management decisions from 2007 to 2009 caused Inofin to develop a negative net worth and "progressively deteriorating financial condition," the SEC says. In addition, the SEC alleges the three executives also defrauded investors by continuing to renew the firm's license to do business as a motor vehicle sales finance company and sending its licensing authority, the Massachusetts Division of Banks, "materially false" financial statements. As a result, the executives are charged with violations of the anti-fraud and registration provisions. They face civil injunctions and financial penalties and will have to return the "ill-gotten gains," plus interest. The auto financier's fraudulent practices led to the revocation of its lending license, and the Federal Trade Commission's Bureau of Consumer Protection is conducting roundtable discussions to determine whether greater industry regulations are necessary. However, representatives of U.S. car dealers claim they don't need further government oversight. Andrew Koblenz, vice president and general counsel for the National Automobile Dealers Association, recently told the Detroit News that because dealers typically develop long-term relationships with consumers, they naturally want to avoid fraudulent or predatory practices.
Auto Industry Financing