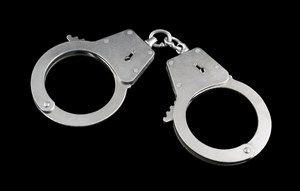 Identity theft continues to be one of the most widespread crimes in the United States and abroad, as criminals find new ways to circumvent ID verification and security protocols to steal sensitive information. Federal regulators and all types of law enforcement agencies are increasing efforts to minimize the amount of identity-related crimes that take place, but have been largely unsuccessful in slowing the problem thus far.

Businesses need to ensure that an instance of identity theft does not get tied back to their internal operations, as this crime can be devastating to both finances and reputations. Decision-makers should remember that many of the most effective procedures are also the simplest, such as information and records management protocols and the implementation of data security software.

Additionally, all employees should be trained in ID verification protocols, and should know how to navigate through any and all payment processing platforms to best defend corporate and customer information.

KARE11​, a Minneapolis-St. Paul-based NBC news affiliate, recently reported that four local women have been arrested and charged with identity theft-related crimes following a five month investigation. This specific ring seemed to have targeted numerous public sector employees from the Minnesota state government, with as many as 500 victims in all.

According to the news provider, officials in Ramsey County believe that this might be the largest single instance of identity theft to hit the Minnesota region in history. Several of the suspects are believed to have worked for the state government, including the alleged ring leader, Roxanne Deflorin, who was a clerical staff member at the Department of Labor and Industry up until 2004.

The source explained that as the investigation rages on, more information related to the victims continues to surface, including the unearthing of an attack on employees of the Wayzata School District. While law enforcement officials have been looking into the crimes for more than five months now, the actual ring might have been active for far longer than that.

KARE11 added that investigators first entered Deflorin's home before any of the other suspects, and found evidence of hundreds of stolen identities, along with two shotguns.

In a separate story, the news provider noted that the big break in the investigation occurred on April 12, 2012, when law enforcement officials stopped a car that contained stolen mail, credit card numbers and other information. Two of the four women who were arrested were in the car at the time of the traffic stop.

Train employees, teach clientele
Businesses can help both employees and consumers, as well as themselves, avoid identity theft by implementing more advanced and widespread training opportunities. Relatives of identity theft victims are generally at greater risk of having a problem as well, illustrating the importance of a team effort to mitigate the threat in the enterprise.

KSDK 5 St. Louis recently listed several steps businesses and consumers can take to avoid identity theft or identify an event as early as possible. According to the news provider, all employees and corporate executives should review credit reports as often as possible, usually once a month to be safe.

This will often be the best indicator of a crime that has occurred. The source added that the Federal Trade Commission offers a variety of information related to avoiding identity theft, while the Better Business Bureau supplements with even more robust guidance.

Incorporating all of this information into an employee training program is critical, while extending the learning opportunity to clientele can both strengthen the brand image and protect its biggest source of cash flow.