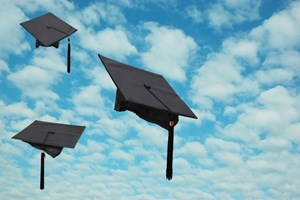 The total volume of outstanding student loans has continued to balloon throughout the past several years, with many experts agreeing that the number is above and beyond previous records. While lawmakers in Washington have sought to discover methods of alleviating some of the financial stress from recent graduates, as well as those who graduated decades ago, debt collectors and lenders have had to modify approaches to re-obtaining the funds.

However, regulators have increased efforts to better enforce the Fair Debt Collection Practices Act (FDCPA) and expand on existing statutes, specifically in defense of graduates. Debt collection agencies need to ensure that all of their practices adhere to the FDCPA and do not fall into the category of abusive or illegal behaviors, to avoid losing out on the money owed.

InsideARM recently reported that the Consumer Financial Protection Bureau released data related to its student loan complaints between March 1, 2012 and July 9, 2013. The source broke down the statistics, which included a total of 4,227 student loan complaints throughout that 16-month period, to reveal several trends in the collection sector.

According to the news provider, students are using the web to complain about debt collection activities more than ever before, as 82.3 percent of those recorded were posted through the CFPB's online portal compared to 37 percent a year prior. Additionally, 2,770 complaints, of roughly 65 percent of the total, related to repaying the loan itself.

The source explained that 99.4 percent of all of the complaints were against non-federal, or private loans. However, this raised some questions, as such a high rate of student loans are backed by the government. While it might indicate that collectors from the government have better practices, this extremely low rate of complaints was unlikely at best.

InsideARM dug deeper and found that the Federal Student Aid office of the Department of Education published a separate report for the 2012 school year, which revealed that complaints had dropped substantially. There were just under 700 complaints that related to debt collection from the federal government, while administrative issues decreased from 52 percent to 32 percent.

Know your rights
Debt collection agencies should always ensure that they are following both the FDCPA and the special statutes for student loans when carrying out processes for graduates. Several government departments list the best practices of student loan debt collection, while all of these tips and tricks should be incorporated into existing protocols.