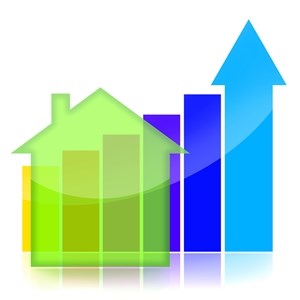 Improved consumer spending, a falling unemployment rate and several other improvements in the U.S. economy have led to a more viable environment in which debt collectors can seek out businesses and other customers. The years directly following the recession were among the worst to conduct collection processes in decades, as such high outstanding loan volumes coupled with very poor credit scores.

Now, agencies not only have a large variety of accounts to choose from in the buying process, but also higher chances of cashing in on the consumers and businesses that have more solid finances. However, collectors still need to ensure that they are following the guidelines of the Fair Debt Collection Practices Act, as failure to oblige these types of statutes can lead to devastating fines, incurred financial losses, sanctions and hurt reputations.

Signs of the rising tide

InsideARM recently reported that the first half of 2013 has proven very successful in terms of economic growth and both consumer and business credit scores. According to the news provider, delinquency rates have dropped consistently throughout the first six months of the year, while new credit is beginning to rise more healthily than in any other period since the Great Recession.

A confluence of factors that directly impact small business owners, consumers and even larger enterprises have combined to make the collection landscape more amicable. The source explained that first mortgage delinquency rates dropped by 27 percent between January and June, while home equity revolving debt dropped by 24 percent in that same period.

Further, the report found that home equity installments dropped from 4.16 percent to 3.31 percent in the first six months of 2013, representing a 20 percent decrease. InsideARM added that 60-day-plus delinquency rates for bank cards dropped by 16 percent and for automobiles by 11 percent, compared to the same period last year. The auto financing market has become far more fruitful in the past two years, with more sellers having access to funds that are necessary to help consumers purchase cars.

Other findings included a statistic that should be very promising for the overall economy - consumers and businesses increase the total limit of new credit to $62.3 billion between January and April, which is a five year. What's more, the news provider noted that this is an increase of nearly 75 percent from the $35.8 billion low recorded between January and April of 2010.

Total balances in the auto industry also increased in concurrence with decreasing delinquencies.

Keep communications tight
The Associated Press recently explained some of the more important components of proper debt collection practices, asserting that the industry needs to become more responsible to ensure a healthy economic recovery. According to the source, the roughly 4,500 agencies operating in the U.S. generate $12.2 billion in annual revenues.

This money goes to the parties who need it most to continue lending. For this reason, the AP explained that fair practices, especially those that are completely aligned with the FDCPA, will be critical in the coming years.