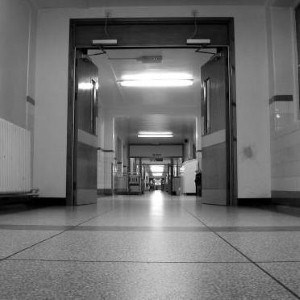 Many American families are being driven into debt due to large medical bills that they just cannot pay off, often forcing intervention by a debt recovery service. Yet it is becoming more common for citizens to face financial difficulties following a medical center stay for a different reason - identity theft by hospital workers. In order to obtain medical care, a patient often has to give an extensive amount of information, including financial data needed to pay copays or bills. These records can often be accessed by a large number of medical personnel, which can be detrimental if an employee has a malicious intent. Newsday recently reported on the presence of an identity theft scheme at North Shore University Hospital in New York that affected over 100 former patients. Clincy M. Robinson was arraigned for the crime recently, while a warrant has been issued for suspected co-conspirator Latoya Talbert. The source said that Robinson is a nurse, but has never worked for the medical center, and was found in possession of patient records including names, social security numbers and birthdates, as well as information on over 900 hospital employees. Investigators discovered the records were used to make fraudulent purchases at a number of stores in New York, Connecticut and New Jersey. In March, Patty Albano, a nurse's aide in Indiana, was arrested after stealing the identity of a former patient she cared for, according to Clarksville's WLKY-TV. The source reported the former aide used June Settle's personal information to apply for a credit card, but had the card sent to her personal address, prompting authorities to investigate. Settle, though suspicious it was a relation that purchased fraudulently, expressed disappointment in the care of medical records, saying, "Why would a nurse's aide have access? That should be nothing but for the billing department to see or something." After being arrested for making purchases using June Settle's name, Albano confessed that was not her first foray into identity theft, and had done it twice before. Hospitals have also been in the news for the identity theft of patients by former employees in Florida. According to the Miami Herald, two employees at Memorial Healthcare System were caught trying to illegally obtain money using former patient data. Patients who had compromised records were contacted and were given the option to place free fraud alerts on their consumer credit reports, a tool often used to detect identity theft.
Debt Collections