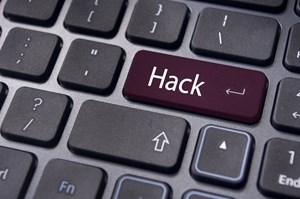 Retailers may want to implement increased fraud prevention measures, particularly with regard to combating return scams.

A recent survey by the National Retail Federation (NRF) revealed that return fraud will have an enormous impact on businesses.

"Return fraud comes in a variety of forms and continues to present challenges for retailers trying to grapple with the sophisticated methods criminals are using to rip off retailers," said Rich Mellor, vice president of loss prevention at NRF.

The study found that 96.5 percent of retailers have fallen victim of retail fraud, which typically involves refunding stolen items via counterfeit receipts or broken products. At the same time, the increase in electronic payments is likely to compound the issue, as nearly one-fifth of retailers said they have already experienced "e-receipt" return fraud.

Even more concerning, however, is the effect is could potentially have on consumer confidence.

"Retailers can only absorb so much loss," Grant Monahan, president of the Indiana Retail Council, recently told Fox 59. "There's only so much wiggle room at that bottom line to deal with that, and eventually, in a competitive marketplace, you and I, and your viewers, are going to see prices rise because of those losses."

A recent consumer credit report by the Commerce Department revealed that shoppers were extremely busy during the 2012 holiday season. November and December both achieved significant retail sales growth from the prior month - sales numbers grew 0.4 percent between October and November and another 0.5 percent in December - and experts have projected more good news for the industry in 2013.

However, this growth could also mean the rise of more incidents of fraud. According to the NRF report, retailers were expected to lose nearly $9 billion in 2012 from return fraud alone, including $2.9 billion during the holiday season. Therefore, improved fraud prevention measures will be as important as ever going forward.