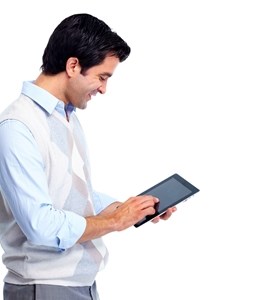 The forces driving the march toward mobile payments integration are many. Developers are enthusiastic to play with new tools and discover ways to make them useful for consumers. On the consumer end, more individuals own smartphones and tablets than ever before, and they want to harness the power of their devices to make their lives more convenient. One of the most important fan bases, however, is found in retailers. Without companies willing to integrate mobile payments solutions into their business plans, these tools serve little purpose for customers, while the IT workers creating the apps would be wasting their time.

Fortunately, according to a recent report from Worldwide Business Research (WBR), it appears that many retailers realize the importance of adopting mobile payments solutions. The firm surveyed more than 115 executives at eTail Europe's 2012 event and found that 54 percent of these business leaders view mobile commerce as likely to account for the biggest growth to their enterprises in the next two years. Nearly 40 percent responded that clientele are apt to engage in online shopping from their devices over that same period.

PYMNTS.com reported that Martin Gill, principal analyst at Forrester, sees this trend as an important one, even if the majority of shoppers are not currently making mobile purchases. Gill explained that the consumers using mobile technologies today are the early adopters, but that change is likely to come swiftly once the practice catches on. For this reason, businesses would be unwise to rely on current indicators regarding mobile revenue to dictate whether they make efforts to expand their payments options.

Many company leaders are beginning to understand the importance of going beyond the traditional electronic payments options. WBR discovered that 64 percent of retailers are focusing most heavily on the development of optimized mobile sites, while another 14 percent were concentrating on tablet site work. As far as new technology for their brick-and-mortar locations goes, only 14 percent said they were dedicating their efforts to this area.

"As smartphones become enabled with payment [technology], customers will increasingly incorporate them into their repertoire of shopping missions and will be disappointed if retailers don't facilitate for them across all their channels," Robin Phillips, director of ecommerce at supermarket chain Waitrose, told the news provider. "I think what this will drive retailers to do is to develop a single view of the customer across all channels and be able to recognize and reward their loyalty at all touch points."

As developers open up to the possibilities of mobile payments, they certainly may wonder if it's all worthwhile. Investor's Business Daily noted that ABI Research recently found that at least 285 million mobile and consumer electronic devices will be shipped in 2013 alone, and that the number of the machines enabled with near field communications (NFC) technology will surpass 500 million in 2014.

The researchers said that while NFC had a successful year in 2012, many mobile network operators still were not able to deliver these experiences to consumers, the source reported. For companies that did enable NFC transactions, such as those that make Android-powered smartphones and tablets, this fact put them ahead of the game.

Consumer demand may be likely to rise in the coming years, but one thing is almost certain to rise with it: security concerns. Many individuals already worry about the risks identity fraud poses to consumer credit reports, and mobile payments have been viewed by some as a threat. It will be crucial for developers and retailers to work together and make sure that emerging technology is as safe as possible, or else progress could be hard to come by.