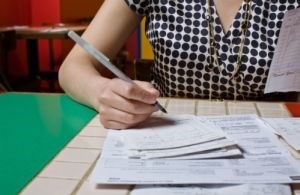 The United Kingdom's small and medium-sized business (SMB) sector has been hit hard over the past few months. After receiving hints of good news recently, the mood turned dark again, particularly with regard to short term lending.

"It is clear that Funding for Lending (FLS) is benefiting the mortgage market more than the small business sector," said Federation of Small Businesses chairman John Walker, according to The Telegraph.

The FLS program, launched in the summer of 2011, has achieved some of its mortgage-related goals, with a Treasury spokesman proclaiming that certain mortgage rates have hit their lowest marks in five years. However, as Walker noted, the initiative has done very little to spur SMB growth. Nearly 40 lenders signed up for FLS, and nearly all have been disappointed by the results so far.

The SMB sector in the United States has experienced similar struggles, with banks, credit unions and other financial institutions approving significantly fewer loan requests than in the past.

"We're talking to banks all the time," Cory Ross, vice president of sales and co-founder of BBC Easy, recently told CFO. "We're hearing from banks that they want to expand small-business loans, but the biggest idea we've heard from them is approving loans based on an owner's personal credit score."

As a result, alternative short term lending has taken off, and that trend is expected to continue, according to the news source. Because banks approve loans based "on the profitability of their loan portfolio," according to Walker, it's harder for a small business to gain approval for a $50,000 loan than when a corporation wants one for $5 million. Alternative lenders, on the other hand, are more likely to lend smaller amounts of money.

Another benefit of alternative lending is that funds are typically approved using different scoring methods, such as Payment Reporting Builds Credit scores.