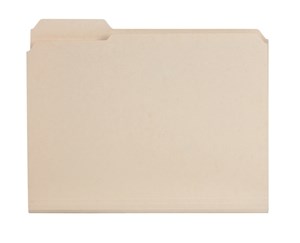 The debt collection industry continues to expand rapidly, as consumers and businesses hold a high volume of outstanding loans and credit. This has led to increased oversight efforts on behalf of the U.S. government, including the formation of the Consumer Financial Protection Bureau and broader responsibilities for the Federal Trade Commission.

The FTC found that the second most complained about industry in 2012 was the debt collection sector, and has worked to revise its standards and procedures to reduce the prevalence of shoddy practices. However, debt collectors can avoid sanctions and improve the overall reputation of the industry by following the Fair Debt Collection Practices Act and focusing on customer service excellence in the coming years.

The Republican American recently reported that state and federal lawmakers are launching a new strategy to identify and eradicate poor record keeping among creditors and debt collectors. This has been one of the most widely cited issues in the debt collection industry today, as millions of dollars are lost by these firms each year because they cannot verify the debts they bought.

According to the news provider, Californian lawmakers and other legal entities are specifically interested in the process of robo-signing, which is the electronic and automated authorization of credit and default swaps. Federal regulators have also increased efforts to determine whether this practice, which has become more popular in recent years, is harming the industry and consumers.

The source noted that Iowa's Attorney General Tom Miller believes that many of the debts are being bought by collectors who do not receive all of the necessary and accurate information from the seller.

"We're concerned about the debt buying that's occurring, concerned about the quality of the information that's turned over to the purchaser, concerned that there's not a lot of due diligence on the names and the amounts," Miller told The Republican American. "Some of the names are incorrect. Some of the amounts are incorrect. And sometimes the debts aren't valid and are still turned over and sold."'

Importance of verification
These pursuits should serve as a catalyst for all debt collection firms to look at their internal procedures and processes. Professionals in this industry need to ensure that they are getting all of the right information pertaining to the debt throughout its lifecycle, and are able to provide this data to debtors when in the collection process.