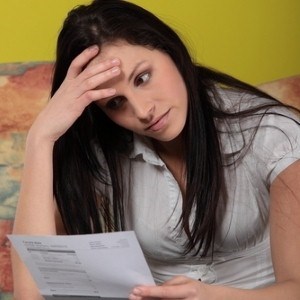 Many Americans experiencing tough economic times employ the services of local short term lenders to make ends meet or finance emergency expenses. These types of companies, including pawn shops, car title loan businesses and short term lenders can be extremely helpful when individuals struggle. These sorts of loans may become more popular in the near future, as a recently published study found an increasing number of Americans consider themselves to be poor. The extra money offered by the companies may provide the downtrodden with the boost they believe they need. Study: People wary of financial situation The recently published TNS Omnibus Study by short term loan company CashNetUSA found that 25.2 percent of Americans consider themselves poor. This was found to be particularly true of those polled under the age of 30, as 31.8 percent of that population believe they are not financially stable, followed by people between 40 and 49 years of age, with 31 percent. Interestingly, the study revealed 23.1 percent of individuals who make under $30,000 annually identify themselves as poor, while 54.3 percent of people who earn between $30,000 and $49,000 say the same. According to Memphis Business Journal, only one-sixth of the American population actually falls below the poverty line. The source said CashNetUSA is questioning if the federal government should adapt the definition of the poverty line to fit more people affected by the recession. More people using short term loans to pay expenses Because a growing number of people consider themselves to be struggling financially, short term lenders may see a boost in business. These companies provide help for those who have steady income, but find that their salary is not enough to cover emergency expenses. A recent Pew Charitable Trusts series, Short term Lending in America, found that around 12 million people borrow from these types of lenders each year. They generally spend $7.4 billion on such options, including interest and other fees, on top of the original payment amount. Pew revealed the average person who indulges in short term loans borrows eight times per year, with each loan usually totalling $375. The company discovered the average short term loan is paid back within 18 days of initially borrowing. These people tend to be white, female and between the ages of 25 and 44, and tend to hold a four-year college degree.
Short Term Financing