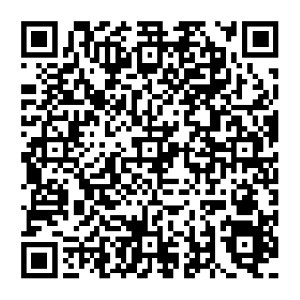 Industries are consistently beginning to adopt mobile payment technology more frequently, as the new and popular method of processing consumer data continues to be increasingly preferred by the population. Some industries have fared better than others, while the banking and merchant services sectors have in many ways led the charge. As more reports surface that show mobile payments are the way of the future and that the remaining days of cash and traditional checks may be few, merchants are being increasingly pressured to consider adopting associated technologies. A marketing method finds payments
Mashable reports that members of the food industry are finding elevated success from offering quick response (QR) codes and mobile payments to consumers. According to the source, QR codes might be the new kings of convenience in the eyes of both merchants and customers. To make a payment through a QR code, the customer simply takes a picture of the image a merchant provides, and then carries out the remaining authentication on the device - generally a smartphone or tablet - to complete the transaction. The news provider cites one restaurant that has QR codes on all tables that enable the customer to order and pay through their personal mobile device. QR codes became popular in the past few years as a method of marketing. Merchants would put the codes on advertisements, interested consumers would take a picture of the QR code and be automatically directed to the company's online store. Mashable also cites a new grilled-cheese restaurant with locations in San Francisco that has seen rapid growth in mobile payment popularity after allowing customers to cut lines to redeem the codes. The company's chief marketing officer said some locations are faring better than others, but mobile payment transactions are accounting for roughly 5-10 percent of all sales. Ensuring security a must
Since the technology's inception, QR codes have come under fire because of the security threats their use on personal devices poses. Last year, The Denver Post reported that the popularity of QR codes was viewed as an opportunity for hackers and fraudulent forces to obtain personal and financial information. The news provider cited a Kaspersky Lab report that found one QR code would automatically upload an application to the device upon being scanned. This application made the device send text messages to a website that would charge a low amount for each received message. Further, the Post explained that this type of scam is projected to become more widespread.
Electronic Payment Risk