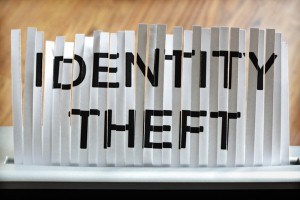 Luckily, methods of defending consumers are very similar to those that protect businesses from identity theft, so executives should consider applying these practices to their corporate operations as soon as possible. Both business and consumer identity theft can lead to serious financial losses, as well as less reputability among current and prospective clientele.

The Jackson Sun recently reported that child identity theft, especially for those under the age of 5, is becoming an increasingly serious problem. According to the news provider, this demographic is the target of identity thieves roughly 35 times more than adults, and is increasingly at risk as the years progress.

The source explained that 10.7 percent of children aged 5 years or younger studied by a security firm had their Social Security numbers used by someone else, and one victim's name was used to steal $1.5 million. The Jackson Sun listed several tips from the Federal Trade Commission that businesses can use to protect patrons', including children's, identities from criminals, including conducting adequate ID verification processes for bigger purchases.

Though legislators continue to fight to create more stringent laws to defend against identity theft, businesses need to be the first line of defense against this type of crime.

Criminals do not discriminate
WSPA News, a South Carolina-based ABC News affiliate, recently reported that identity thieves are beginning to target deceased individuals. The source explained that a variety of new incidents in the state led the South Carolina Department of Consumer Affairs to conduct a study and issue new guidance on defending against the crime.

According to the news provider, individuals should be sending death certificates of loved ones to credit reporting bureaus, and businesses need to verify identities prior to clearing purchases in their stores. There are many signs of identity theft that can be missed, but the right types of processes, policies and information technology security solutions can ensure the integrity of individual and business identities.

The Federal Trade Commission's Southeast Regional Office listed several pieces of legislation, including the FTC Act, the Fair Credit Reporting Act and the FTC Disposal/Red Flags Rules as information that all business owners should be familiar with.

SBA's advice to businesses
The U.S. Small Business Administration (SBA) listed several strategies executives can use to defend against business identity theft. According to the administration, the Aberdeen Group found the cost of consumer identity theft to businesses to be $221 billion each year globally, and stressed that companies are now facing more direct threats from these crimes.

The SBA recommended developing a tight plan and set of policies to defend against identity theft, while always ensuring any documents - digital or physical - are stored in a secure fashion. Further, business owners should always use the most advanced data protection software to keep online networks and information out of the reach of criminals.

The organization said that no business should have a "master user" account, which would allow access to all digital and physical documents, because if it fell into the wrong hands, the consequences could be disastrous. Finally, the SBA said that businesses should always monitor accounts payable and receivable, as well as credit reports, regularly.