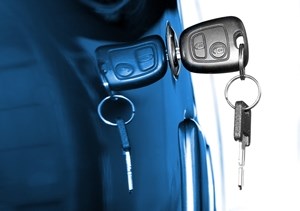 During the last several years, the absolute prepayment speed (ABS) for auto loans has increased in the United States. Fitch Ratings recently released data that showed ABS rates in 2012 increased 16 percent, as compared to 2009 levels. Prepayments are loan payments made by borrowers before they are due and can indicate a healthy economy in which consumers are able to pay ahead of schedule.

The source noted that current rates are close to the 1.3 percent average seen prior to the Great Recession.

Short term lenders and auto finance companies will see this as a positive development. The ability to prepay may lead to more favorable loan conditions overall, as consumers show that they are capable of making monthly payments, providing lower risks for lenders.

Recent news in the auto industry has been positive for automakers as well as lenders. General Motors recently announced that its Cadillac brand has seen exceptional growth so far this year. Compared to sales by this period in 2012, Cadillac retail sales have increased by 36.6 percent this year, the largest year-to-year increase recorded since 1976. Chevrolet, GMC and Buick sales also jumped.

With an increase in auto sales, it's likely that lenders are seeing more business come their way, showing that a rebounding auto industry has far-reaching economic effects.