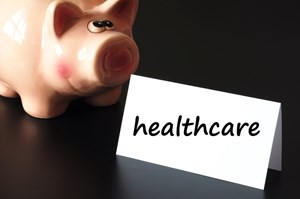 The underbanked and unbanked populations in the United States have increased substantially in recent years, likely bolstered by the economic fallout and subsequent poor lack of faith in the nation's traditional financial system. While these households represent the largest users of alternative credit, loans and prepaid cards, some officials have grown concerned about the ability of such families to survive and access healthcare in the future.

Because unbanked individuals will rarely have a traditional credit history, it is often more difficult for them to access healthcare plans or other necessary support structures. The federal government, as well as advocacy groups and certain members of the private sector, have pushed new strategies to meet unbanked and underbanked households in the middle.

This would allow them to continue using prepaid cards and other alternative or electronic financial services, while still creating a detailed credit history through alternative channels for when it will be necessary. One of the more progressive steps taken in recent years directly relates to healthcare exchanges and the launch of President Obama's medical program.

The Wall Street Journal recently reported that the U.S. Department of Health and Human Services (HHS) has decided to allow unbanked and underbanked households to use prepaid debit cards for health insurance payments, as well as on the exchanges themselves. The exchanges are expected to open next month, as health insurers rush to complete all of the technical sides of the new medical insurance structure in the United States.

According to the news provider, the Obama administration had been pressuring the officials from the HHS to help unbanked and underbanked households access and use the healthcare exchanges. One of the biggest reasons for this push is the fact that such a high rate of these households are in lower-income brackets.

This translates to a high percentage of these populations currently being uninsured or underinsured, while Obamacare was meant to minimize the number of households without insurance. The source explained that this latest announcement is a clear indication that the millions of underbanked households without health insurance will be able to sign up for coverage at the outset of the exchanges.

The Wall Street Journal stated that the battle between insurers and the HHS has raged on because of concerns about the cost of accepting unique payment methods. For example, many insurance companies were slow to approve of the prepaid card statute because they were worried that the vendor fees associated with the products would damage profits.

However, when looking at prepaid card use in a broader perspective, the industry continues to evolve rapidly, with fees dropping substantially as a result of increased competition among vendors.

Government Technology Magazine added that the ways in which the new health insurance exchanges and marketplace will work are still largely a mystery. The news provider cited the potential for partnerships between financial services providers and health insurance companies, though the legality of such connections has yet to be determined.

Prepaid cards in the future
All of the progressions in the prepaid card market, including the increasing popularity and use of the products, have led many companies to begin offering similar services. Since tens of millions of households in the United States are considered underbanked, businesses that do not try to reach these markets might be at a competitive disadvantage in the future.

Prepaid cards have withstood the test of time, and have continued to become more effective loyalty and new customer acquisition drivers in the past several years. By launching an electronic payments strategy that incorporates unique prepaid card products, organizations can get an edge on others within their industries.