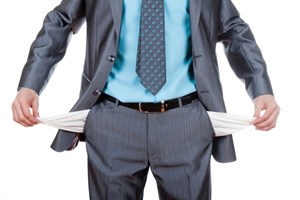 The National Consumer Law Center (NCLC) has published this year's review of unemployment benefits being received through prepaid cards in all states offering the option, according to the organization's website. The consumer-assisting center says inefficient placement of unemployed workers into either the prepaid card or direct deposit programs can cost the people millions of dollars.

Ohio has become a prime example of improvement in the prepaid card system, Columbus Business First says. The state initially received a negative review by the NCLC because it was issuing overdraft fees when users drew insufficient funds.

While the removal of such penalties has helped unemployed Ohio residents using the cards, the NCLC reports other states are making even greater strides  that could be mirrored. Pennsylvania, for example, has made steps state representatives claim will keep $5.2 million more in citizen's pockets this year compared to last, as reported in The New York Times.

The Times spoke with an NCLC managing lawyer, Lauren Saunders, about the changes made around the country. She said many of the features associated with current versions of prepaid unemployment cards are full of hidden fees - actions like checking a card's balance online can issue a penalty.

"There are still too many fees," Saunders told the source.

The cards, like debit or ACH cards, are not issued directly through states but by big banks, which the Columbus paper hints may be reason for the prepaid card's popularity over direct deposit options in some cases.

Changes for the better
The NCLC review of these systems shows many positive results in contrast to its suggestions for improvement. For one, only three cards in the entire nation are rated as "thumbs down" at this time. Eighteen of the programs have "thumbs up" ratings, and the remaining states are in a neutral zone in terms of the center's priorities.

One problem users run into is a lack of proximity to banks hosting their particular cards. In Ohio, prepaid unemployment cards are issued by U.S. Bank, but there are thousands who live far away from their locations - the bank lacks branches in 33 counties in the state it serves.

Some states may be making it easier for unemployed workers to save money than others, sources claim. A spokesperson for Bank of America, which issues California's cards, told the Los Angeles Times anyone can choose to use direct deposit options if they prefer it over a card in her state.

"We don't require customers to have a Bank of America account and they have a direct deposit transfer option," she said.

Such offerings may ease the financial pressures of the unemployed in other states as changes continue.