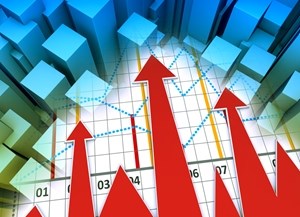 Since before the Great Recession, the populations of unbanked and underbanked households have been on an upward trend, and the financial crisis only stimulated further growth in these markets. Now, the Federal Deposit Insurance Corporation estimates that tens of millions of households are now considered underbanked, having no traditional banking accounts and instead using alternative financial services.

Increases in these demographics, as well as the rapid growth of electronic payments, have directly and indirectly led to higher demand for prepaid cards, with several types of consumers pursuing these accounts instead of debit or credit cards. Businesses, as well as financial services providers, can capitalize on the popularity of prepaid cards by establishing unique and engaging products for current and prospective customers.

The Mercator Advisory Group recently released its Tenth Annual U.S. Open-Loop Prepaid Cards Market Assessment and Prepaid Market Overview study, which revealed some of the current trends emerging in this thriving industry. Open-loop prepaid cards, as defined by the group, are any products that can be used similarly to a traditional credit or debit card, such as those that are not restricted to one specific store or brand.

In the past year, the total volume of dollars loaded to open-loop prepaid cards increased by 6 percent, growing to a massive $194.5 billion. The organization explained that this figure is slightly smaller than what was expected given the much higher rate of growth recorded in each of the previous two years. For example, the Mercator Advisory Group found that total dollars loaded to prepaid cards grew at 12 percent in 2012, hitting $83 billion last year.

Researchers from the group stated that one of the biggest concerns is currently the increased attention of regulators who are starting to try and find ways to restrict usage or levy transaction fees from swipes. Many in the industry are hoping this will not happen, as the economic benefits of the cards have been strong and widespread throughout the past several years.

"Growth in the open-loop prepaid market has been driven by the cash access and government categories, but the future growth of the market could be hurt by excessive regulations," Tim Sloane, author of the report and Director of Mercator's Prepaid Advisory Service, explained.

Games prevailing
The Business Review recently reported that several providers of prepaid cards are starting to leverage game-based processing services to maximize engagement and adoption of their products. This has been one of the hotter trends in the prepaid card market, with so many companies pairing with popular video games to establish competitions of sorts for users.

According to the news provider, one bank is using a fairly novel strategy, which includes the potential for winning cash prizes when customers shop at their favorite retail stores using the prepaid cards. Some of the prizes are large, including one that is worth $2,000.

No matter what type of prepaid card a company intends on selling, this approach that balances a novel strategy with engaging games for customers will often prove most successful in the competitive market.