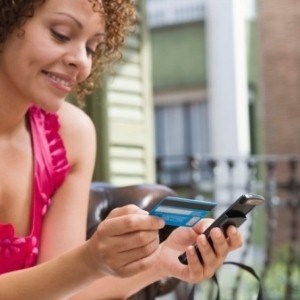 With 2012 rapidly coming to a close, many analysts and researchers have turned their eyes to the new year, working to predict trends in many sectors and guess where the economy will stand a few months down the road. One thing's for sure - alternative financial services will continue to rapidly expand, driven largely by the rising popularity of prepaid cards. As traditional banking services have lost a significant amount of traction following the Great Recession, especially because of growing distrust in the nation's financial institutions, alternative creditors and scoring agencies have capitalized on the shift by offering new and savory products. Prepaid cards are the likely champion of this sector, especially because of the alternative finance product's ability to reach unbanked and underbanked households. Experts predict trends in credit
MSN Money recently published a guest blog from Odysseas Papadimitriou, an author who usually writes for Card Hub. According to the industry expert, credit card providers will continue to send out record numbers of sign-up offers, while the deals themselves will be increasingly savory for consumers, in order to attract those who turned away from traditional accounts in recent years. The author said that credit availability will likely rise for consumers and small businesses, which has already started to occur this year. He explained that this will be the most important part of a full economic recovery, as businesses view the availability of credit as the most important component of continuing operations and are not likely to expand hiring without ample access to financing. Papadimitriou asserted that prepaid cards, as well as secured cards, will increase even more significantly in 2013 than they did this year, fueled by the Durbin Amendment and Credit CARD Act. Rising trust and familiarity with issuers will help fuel stronger growth in the prepaid card industry on the consumer end, while financial institutions are expected to continue to roll out alternative credit options. Why the unbanked and underbanked need to be reached
The unbanked population has grown significantly in recent years, likely the result of less savory conditions with traditional banking options. Unbanked households have been among the largest drivers of prepaid card growth, and this works in favor of the financial system in a number of ways. The most important thing, though, is that this allows businesses and analysts to gather data and assess the behaviors of unbanked individuals, something that was all but impossible before the rise of the prepaid card.
Alternative Consumer Credit Data