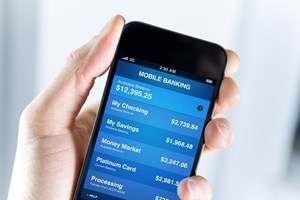 A company that specializes in electronic payments through prepaid ACH cards and debit accounts is building a bank online.

Green Dot Corporation has launched GoBank, a mobile bank account for smartphone users who want the benefits of brick-and-mortar banks - such as savings deposits insured by the Federal Deposit Insurance Corporation (FDIC) - but not the high fees. Green Dot is offering the accounts without overdraft or penalty fees, monthly maintenance charges and with no minimum balance required, according to Mobile Payments Today.

"Until now, banking is one of the few industries in the world that hasn't yet been reinvented by Silicon Valley," Steve Streit, company founder and CEO, stated in a company release. "Many traditional bank accounts have long and complex fee schedules with terms and conditions that favor the bank; not the customer. GoBank is made to please the customer first and foremost."

Streit is counting on the growing use of electronic payments through smartphones to make his online bank a viable alternative to traditional financial institutions. Eventually, he said he envisions people checking balances through their phones as frequently as they check in with friends on Facebook.

In addition to depositing money and making purchases, consumers will be able to pay bills and withdraw cash from the network of 40,000, no-fee ATMs set up for GoBank, the website reports. For vendors who don't accept e-payments, GoBank will mail a paper check on behalf of the account holder.

A feature called the "money vault" will act as the users' savings account, allowing card holders to have FDIC-insured deposits held until they are ready to use them. There is no limit on the transfers allowed between the money vault and funds stored in the prepaid account and no fees charged for the service.

The website reports that GoBank is available only in limited markets, but expects to expand by the end of the year. Consumers can request an invitation to join, or may benefit from a unique feature that's available to existing users. Those using GoBank now can voluntarily pay a monthly fee of $9 to fund the expansion of the system to new customers. Green Dot calls it a twist on the concept of "paying it forward."

"Our goal was to reinvent personal banking and create a bank account that understands how people in our generation live, work and play and how we think about money," said Sam Altman, Green Dot's executive vice president of mobile.