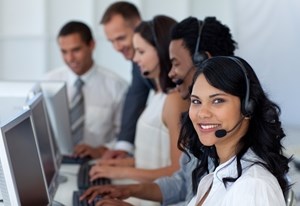 In any industry, complying with regulatory policies is a major priority. In the debt collection sector, the need to adhere to applicable laws is especially important, as there are numerous state and federal stipulations that outlaw various practices.

In particular, the Fair Debt Collection Practices Act (FDCPA) is a major compliance barrier for many collection firms, as the act includes several detailed bullet points that prohibit a wide range of activities. For example, the FDCPA makes it illegal for collectors to contact debtors at certain times of the day, as such practices can be seen as harassment.

Due to the complexity of the numerous debt collection laws, consumer complaints relating to the industry abound. According to The Jackson Sun, the Federal Trade Commission (FTC) addresses complaints related to the debt services sector more than any other industry. Apart from the damage this often represents to consumer finance, the source indicated that it also harms the reputations of debt collectors that comply with the laws.

So far in 2013, the FTC has filed 15 enforcement cases against collection firms, resulting in $56 million in financial penalties. This shows just how counterproductive poor policy adherence can be for debt collectors.

Be on consumers' sides

Besides being targeted by the FTC, consumer advocacy groups actively highlight companies in the industry that fail to meet legal standards. In fact, the Better Business Bureau in Cleveland, Ohio, recently detailed that case of a local collection firm that has been the subject of 60 complaints since 2012.

Such press is never good press, something that all collection agents need to recognize. The best way to enhance their reputation and confidence among consumers is to closely follow legal guidelines for addressing accounts. By doing so, agents can put debtors at ease as they know they are being treated in a professionals manner. This approach is more likely to result in a cooperative attitude between agent and debtor than negative and harassing practices. It could go a long way in ensuring that both parties agree on a reasonable settlement plan that is advantageous for both sides.

The size of the debt services sector in the Untied States means that it's a significant contributor to the national economy. The Jackson Sun reported that Consumer Financial Protection Bureau data shows that there are 30 million Americans with open debts, averaging $1,500 per person.

With over 4,500 collection firms across the country, it's important that such a large part of the economy is as healthy as possible, which can accomplished by collection firms expressing a dedication to legal compliance.