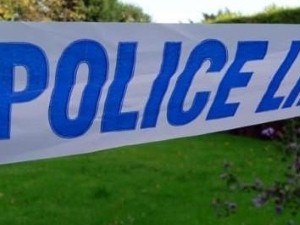 People in California wanting to pursue a career in law enforcement must go through a long process before they can get started. In addition to rigorous training, people who hope to get a law enforcement position in the Golden State must pass a series of both written and oral exams and later be able to pass a thorough background screening by the academy. The Bakersfield Californian reports that candidates for positions at the Bakersfield Police Department or Kern County Sheriff's Department will not only have a criminal history reviewed, but that they must also give a personal history statement in which they answer questions regarding any previous use of drugs or run-ins with the law. While giving the statement, candidates are hooked up to a lie detector, also known as a polygraph, which will indicate whether or not they are lying. Bakersfield Police Captain Robert Bivens told the source that a person who isn't honest about his or her past is "of no use to the police department." In addition to a personal statement, the police department contacts a person's family, former employers, neighbors and friends to make sure that a person has told them everything they need to know. In certain instances, people applying for the positions will not include an employer that let them go based on a theft or another breach - a red flag, according to Bivens. If and when a person passes the background screening, personal history and polygraph test, he or she is interviewed by two captains and later must pass a psychological and medical test. "We go to great lengths to make sure the people we're hiring, their backgrounds have been thoroughly vetted," said Kern County Sheriff spokesman Pay Pruitt in an interview with the news source. Police departments around the country are busy making sure that candidates are qualified by running background screenings. The Vindicator reports that in Ohio, the Youngstown Police Department is planning to hire 11 new officers and that the vetting and training process will take a year. The city council recently voted to move $555,000 from the department's overtime budget to hire the new personnel.
Background Screening