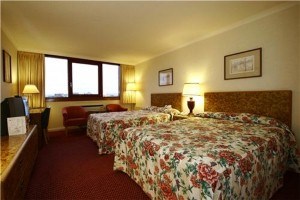 As a result of nearly four years of unpaid transit occupancy taxes, The Wilshire Hotel in Los Angeles, California, is being forced to pay $3.5 million by the L.A. County Sheriff's Department, according to The L.A. Times. The news source reports that in March a Superior Court judge ordered that Majestic Towers, the company the owns the hotel, pay back the sum that had been underreported. To ensure that the hotel obeys the ruling, retired sheriff's deputies - also known as keepers - are being stationed in the lobby around the clock to seize any cash that flows into hotel coffers. Each keeper is compensated $560 per day, and at the end of last week the city had paid the department $9,000. The plainclothes contractors will also be intercepting cash from a restaurant and bar within The Wilshire, as well as a Starbucks it owns. "This is a baby step that is long overdue," City Attorney Carmen Trutanich told the media outlet. He added that this is the first time the city has had to turn to the sheriff to help collect unpaid taxes. City spokesman Frank Mateljan told San Francisco Gate that tens of thousands of dollars have already been recovered. The transactions typically take place in broad daylight. Some exchanges are made by a manager, who hands over money orders to the plain-clothed sheriffs. Other lower-rank employees simply hand the men a record of how much money they collected that day and place it in a vault, where the keepers can later pick it up. Staff at the front desk, bar, restaurant and coffee shop have all be advised to ask for cash only from guests, as part of the debt collection process. The news source notes that Majestic's president, Leo Lee, did not return phone calls, and is currently out of the country. The company has been in hot water before for its practices. Last year it was charged with extensive and pervasive unlawful acts during contract negotiations with hotel workers union Local 11 of Unite Here, according to Business Management Daily. The news source explains that Local 11 filed an unfair labor practice charge against the hotel after Majestic determined that negotiations had reached an impasse. The resulting contract offer cut employee wages and altered other employee terms. After years of deliberation, Majestic recently agreed to pay $665,092 to 106 individuals and reimburse $669,870 to the union, the news source adds.
Debt Collections