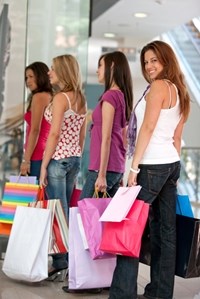 Consumers have been experiencing favorable conditions in the past couple of months, which likely led to a bump in retail sales during August. When spending levels rise, borrowing activity may follow suit, so short term lenders would be wise to prepare for an increase in application volume in the coming months.

With job and wage gains, coupled with an improvement in household wealth, economists surveyed by Bloomberg are projecting a 0.4 percent jump in retail sales during August, up from a 0.2 percent advance in July. This is a positive sign for the economy, as strong consumer spending could help sustain growth in the second half of the year.

"There's some momentum here," Chris Christopher, U.S. economist at IHS Global Insight, told Bloomberg. "Wage increases, even though they're anemic, are outpacing price increases as long as those gas prices stay down. That gives consumers a little bit of spending power."

Nationally, home values were up 0.4 percent from June and 6 percent year-over-year, according to the July Zillow Real Estate Market Reports. This marked the 14th consecutive month of annual appreciation and the first time levels have reached 6 percent in seven years.

"After three straight months of annual home value appreciation above 5 percent, the U.S. housing market recovery has proven it is on very sound footing," said Dr. Stan Humphries, chief economist at Zillow. "We have entered a new phase in the recovery when we can begin to turn away from ugly recent history and turn toward what the housing market of the future will look like and how it will act."

In the next 12 months, consumers could continue to reap the benefits of home value appreciation, as the Zillow Home Value Forecast projects a growth rate of 4.8 percent.

Short term lending activity could pick up with spending increases
Even when consumers experience improved household wealth, they aren't immune to unexpected expenses. That being said, a pick up in spending, coupled with a surprise cost, could put people in a financial bind.

Those who find themselves in such a situation can rely on short term lending for assistance. For example, a consumer who increases spending, and then is hit with a blown transmission on their car, can use a short term loan to help cover essentials if need be.

However, many people may shy away from short term lending due to some recent stigma, but not all criticism is justified. While this type of loan may come with fees, the amount accrued will likely be less than whatever would have been charged for a missed payment.