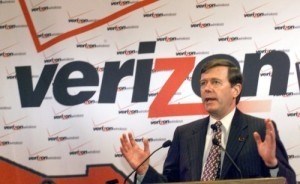 When it comes to protecting identity, many companies claim that it is necessary for them to hold on to it for years in order to better operate identify authentication processes. However, according to a recent set of leaked documents, the information is being stored for longer than before. Wired magazine reports that information from the Justice Department reveals that a number of the major cell phone companies in the world are keeping information made from the mobile devices for years after the communications are made. The source reports that T-Mobile keeps a complete list of text message recipients for five years in some cases. In addition, it was revealed that AT&T kept the information for as long as seven years. The Justice Department was forced to make its "Retention Periods of Major Cellular Service Providers," after the American Civil Liberties Union in North Carolina filed a petition under the Freedom of Information Act. And while some privacy experts contend that the information is kept too long, a spokesman for the Justice Department, Laura Sweeney, said that law enforcement was assisted by the its ability to better get a grasp on identity authentication through the records. "Cell phone records, for example, can help investigators determine with whom a known violent gang member is conspiring to commit crimes, by obtaining records of what phones he has called from his cell phone," Sweeney wrote in an email to ABC News. "Similarly, if there is reason to believe that someone has taken illegal sexual pictures of children with a phone and distributed them to others, records kept by the communications provider can help to identify that pedophile." A spokesman for Verizon stated to the source that the company kept the data on record for so many years to give the customers or businesses themselves increased access to a list of who has contacted them and vice versa. There was other new news when it came to the government and identity verification. The Associated Press reports that the United States government is attempting to extradite George Wright, who changed his name to Jose Luis Jorge dos Santos and became a Portuguese citizen. The U.S. is trying to get him to the country to serve the remainder of his sentence for a 1962 murder.
ID Verification