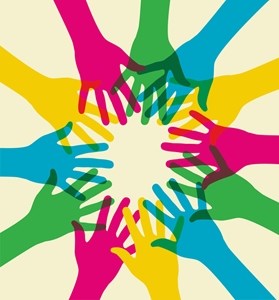 Glynoch Community Regeneration, a group of residents in a small town in Wales, was having a hard time securing the £790,000 it needed to build a new community center. The organization had received 94 percent of the necessary funding from the government and other local agencies, but it couldn't quite make that last push.

Part of the problem for groups like Glynoch Community Regeneration is that receiving loans from banks has become exponentially harder since the recession hit, especially for small and medium-sized enterprises (SMEs).

"[Banks] weren't willing to provide what they saw as venture capital," Stephen Blake, whose wife created a special pregnancy pillow, recently told The Independent. "If we were a small country trying to raise £500​ billion we would probably have had a better chance."

Instead, SMEs and startups are increasingly turning to alternative short term lenders for funding. Many of these firms employ Payment Reporting Builds Credit scoring measures, which consider alternative factors rather than just credit scores.

Peer-to-peer lending is one type of alternative form of financing that is rapidly gaining popularity. In a recent blog post for Wamda, Gulay Ozkan, founding president of PMI TR, discussed some of the advantages of peer-to-peer methods, including:

- Funds can be secured more quickly

In particular, she suggested peer-to-peer lending is ideal for SMEs and, especially, startups. For the latter, she noted that beginner companies simply can't afford any delays with regard to short term funding, which is an inevitable part of bank loans.

Glynoch Community Regeneration figured that out the hard way, according to The Independent.

"We were in a position where we needed the resources, and we had explored all avenues to raise the last amount," Louisa Addiscott, a community worker involved in the project, told the news source.

With the help of crowdsourcing and peer-to-peer lending, the group was able to raise more than £40,000, enough to finally begin construction of the community center.

Blake reported a similar experience when he and his wife, Vanessa, attempted to raise funds. He said that with the help of approximately 1,400 people throughout the United Kingdom, they were able to secure the money they needed in two weeks.

Not only that, but the money was available for use almost immediately. Blake told The Independent that "we were staggered by how quick it was."