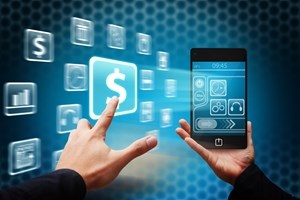 PayPal has had two growth spurts in recent weeks, acquiring an app development company and releasing a tablet version of its mobile payment point-of-sale system.

The acquisition of Duff Research, a California provider of full-service mobile apps, will expand PayPal's technology team. The financial terms of the deal were not disclosed.

Duff has built about 40 mobile apps for companies that include TiVo and Adidas.

"What we're really after with this deal is the innovators and experience," James Barrese, chief technology officer at PayPal, told Reuters. "Duff Research is an innovative provider of full service mobile app development for some of the world's leading brands and start-ups."

The second area of growth is in the change of the company's POS format, which has been optimized for tablets. With a larger screen, the expanded system is easier for merchants to use and provides faster check-out for customers.

In addition to taking credit, debit and prepaid ACH cards for mobile payments, the new version has a barcode scanning feature and wireless connectivity to cash drawers and printers.

The company is responding to consumers' requests for the tablet-ready POS as well as competition from Square and NCR, which both have released tablet versions of POS systems for mobile payments.