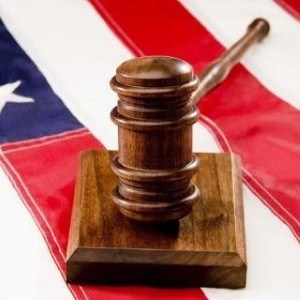 Short term loans can be a viable short term lending option for those who run into a financial roadblock when emergencies arise. Because such events cannot be predicted, there is no guarantee an individual will have the necessary amount of money saved up to cover the expense. Lenders who offer short term loans front the sum expected on a customer's next paycheck. Consumers often write the lender a check in the amount expected, plus a fee, which can be cashed once the employer releases their cash. Legislators in Pennsylvania are attempting to make this process easier for both the consumer and lender. Tough loan environment in Pennsylvania According to Lehigh Valley's Morning Call, there are no short term lenders in Pennsylvania. This is not because they are illegal, instead, state laws regarding interest rates are set, so it is nearly impossible for such companies to make a profit. Because of this, many citizens of the state desperate for fast cash to cover an unforeseen expense are turning to illegal manners of obtaining money. The source reported many people in Pennsylvania are increasingly turning to online lenders or crossing state lines for the service. Many lawmakers have noticed this pattern, and are attempting to change the regulations. New rules proposed In an effort to regulate the industry so citizens aren't duped when they travel out of state, Representative Chris Ross and nearly 60 co-sponsors drafted House Bill 2191 in mid-March. Lenders should also see gains should the bill pass. According to Section 5113, interest on any loan cannot exceed 28 percent annually, but companies can also add origination and verification fees for the sum. As mandated by the text, origination fees can be either 10 percent of the loan or $100, whichever is a lower figure. Verification fees would be set at $15. According to Section 5114, lenders would not be able to offer money to a consumer that would result in an individual having either $1,000, or 25 percent of their monthly income, in outstanding loans. HB 2191 also sets further rules in place about the loans offered, and lenders allowed to help consumers. Section 5112 designates that loan agreements need to have a number of features, including personal information about the consumer, transaction number and date and express terms and conditions concerning the amount loaned, the date for the end of deferment and extra charges that will be applied. A press release from Keystone Research Center reported the Pennsylvania House may review the bill this week, after the Credit Union National Association detailed it was voted out of its committee May 9.
Short Term Financing