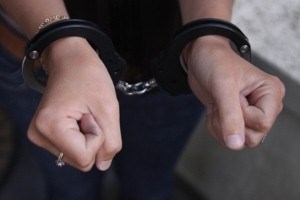 Many individuals choose to turn to short term lenders when they are in need financially. This can often be the result of a cash-strapped individual not being able to cover an emergency expense. However, unfortunately for both consumers and legitimate lenders, some criminals like to get in on the success of these companies. Recently, multiple short term lending scams have been called to attention by the media. The thieves adversely affect the industry, and could potentially make individuals think twice about employing the services of lending companies. Therefore, businesses may want to educate consumers on how to avoid such scams, to restore faith in lenders. Better Business Bureau warns Texans One of the first issues lenders may want to make their patrons aware of is the heightened amount of scams Texans are facing. According to the Waco, Texas-based ABC affiliate KXXV-TV, criminals are running an elaborate ring that has affected a large number of people in the area. The source said 300 people, 18 of them Texans, have been scammed out of money by fraudsters posing as short term lenders recently. The Better Business Bureau (BBB) put out alerts warning consumers to stay away from the companies My Cash Guardian, Money Leaf and My Money Toolbox, noting that they are fronts for a criminal ring, KXXV reported. The news source detailed after borrowers give these companies their bank account information, as is standard with all short term loans, they begin to see a number of unauthorized debits in the amount of $29.95. The BBB has been in contact with the fake lenders, but they continue to operate. Legitimate companies can see increased success and trust if they let their patrons know about the scams and teach them how to spot real lenders. They could do this through holding seminars or publishing guides on their website, a common trend among businesses in the industry. Politicians can help To stop criminals from tarnishing the reputation of the sector, lenders may want to consider notifying their representatives and ask them to help catch the criminals. This happened in August in New York, when a Bronx-based state senator helped identify and shut down a short term lending scam. According to The New York Daily News, State Senator Jeff Klein helped victim Amanda Ritchie thwart criminals and freeze the bank account of a thief posing as a lender. The source also reported this situation was of particular concern, as short term loans are not permitted in the Empire State.
Short Term Financing